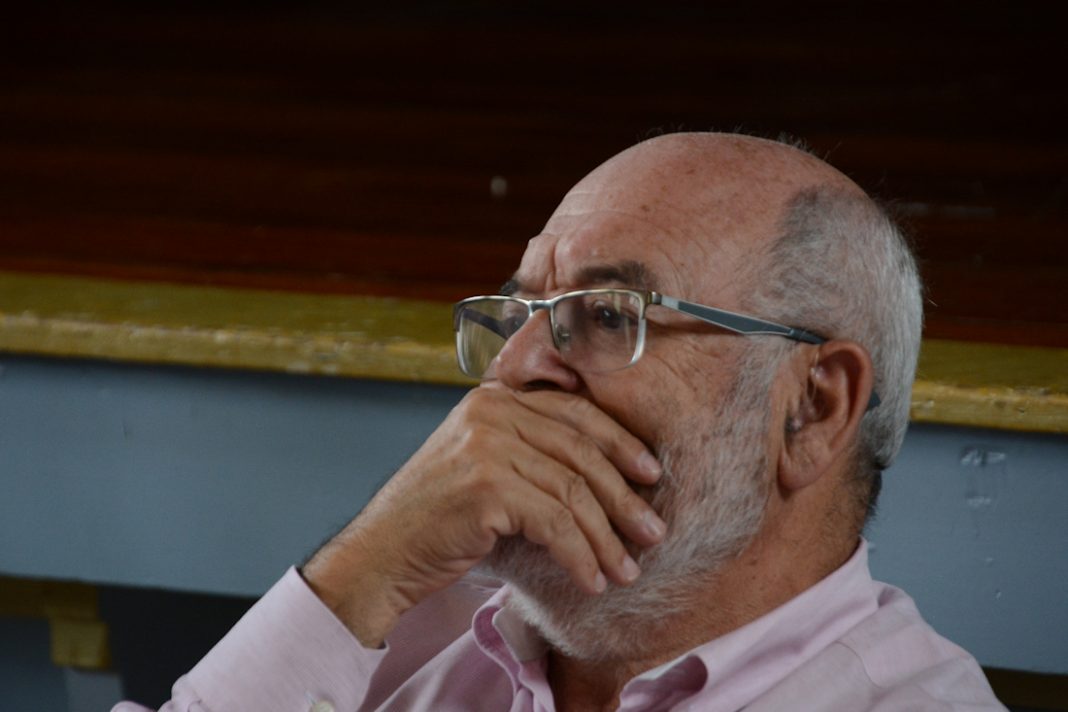 The Opposition is piling the pressure on to the Government to make an early exit from the Level Three lockdown arguing that it will send many small businesses broke.

But in resisting that pressure, the Prime Minister, is clearly worried that we could see a repeat of the kind of scenes we saw in Wellington’s Courtenay Place the Saturday night before the Level Four lockdown when bars and the street itself were packed with revellers.

Crowds brushing up against each other this week at fast food outlets will have done little to reassure her that a more relaxed lockdown will still see people respect social distancing.

And regardless of what she decides, the former Prime Ministerial Chief Science Adviser, Sir Peter Gluckman, says what we have seen so far has been the easy bit.

It is only going to get harder with years of pain, difficulty and frustration lying ahead, he said yesterday.

The Opposition strategy was evident during Question Time in Parliament yesterday.

But Bridges then interjected: “Quite the reverse.”

Ardern continued: “If we move too soon—and this is supported by Treasury—we risk yo-yoing between levels, and that would be damaging to our economy and to our people.

“I had a conversation just today with Prime Minister Scott Morrison.

“We talked about that exact thing—the need for all of us to move with caution.”

Bridges then asked why Cabinet didn’t continuously review the need to remain in level 3 instead of arbitrarily waiting two weeks to make the decision?

Ardern replied that Bridges appeared to be advocating that we move with haste.

“No one in the world at the moment is risking their economy or health by moving more rapidly than the science or the evidence or the officials suggest.”

National have obviously decided to become the champions of small business during the lockdown and arranged on Wednesday for a parade of bar owners and retailers to appear before the Covid-19 Epidemic Response Committee to complain about the restrictions of Level 3.

But large numbers of businesses are back at work;’ particularly in the construction sector though some projects, like Wellington’s Transmission Gully, have sent many of their migrant workers home and will take a while to get started again.

The Government is obviously sensitive to the pressure that the Opposition is talking about from small business and yesterday more emergency legislation in Parliament providing for the changes in income tax requirements for business – particularly the carrying loss back scheme – also included a provision for Inland Revenue to loan money to a business.

The legislation outlines a “small business cashflow scheme” which would be established by the Crown to provide loans to assist small-to-medium businesses in the circumstances arising from the continuing impact of COVID-19 related measures or circumstances.

The Bill did not go through the usual Committee stages, so there as no specific discussion on the proposal.

Revenue Minister Stuart Nash did not refer to the scheme during the debate on the Bill nor did members of the Opposition, so details are unclear.

The legislation also contains some miscellaneous measures such as a one-year deferral in a requirement that only Veterinarians dock lambs’ tails.

National’s Paul Goldsmith, speaking in the Third Reading debate, suggested the Bill was a sort of apology from Labour for having hit small business to hard.

“They have been cautious with the lockdown,” he said.

“They have extended the lockdown.

“And we hear very much the mantra of this Government that we went hard and that we went early and we can debate both of those things—about the earliness, but we can’t debate about the hardness.

“They certainly did go hard.

“They went a lot harder than Australia, and as a result of that, the economic consequences will be severe, and this bill is an attempt to try and reduce that pain by getting some cash back in the hands of small businesses.”

But the Prime Minister is ready to defend how hard the Government went saying the battle was far from over.

“We have to maintain our vigilance,” she told her press conference.

“We have to constantly ensure we’re still following those rules so that we can be assured that there is still the case.

That was why she was moving with caution over exiting Level Three.

“We’ve also had to factor in as we’ve gone along a very clear message that we’ve had on the impacts of moving too quickly,” she said.

“Are the risks of second waves, are the risk that you may have had asymptomatic transfer or that simply there may be may have been a longer tail that’s bubbling away?

“And so Level 3 allows us that time to check that we have control before moving with greater confidence.

“The last thing anyone wants is us to move prematurely, have a resurgence and go back.

“That will be very bad for our health response but equally horrific for our economy.”

She got some support from the former  Prime Ministerial Chief Science Advisor, Sir Peter Gluckman.

“We do not know whether we’ve eliminated the virus,” he told the Covid-19 Epidemic response Committee yesterday.

“ New cases are still emerging. Is there contact tracing fast enough to cope with what the virus might bring?

“As we mix and mingle more, what will winter bring in terms of infectivity?”

Gluckman said he could see the unity that had prevailed during the lockdown battle against the virus beginning to disappear as time moved on.

“Many are anxious to return rapidly to a pre-covid business as usual mode of operation,” he said.

“But the world has changed.

“Others see a reset in their lives ahead.

“Pragmatically many months or years of pain, difficulty, frustration lie ahead for some.”

That is going to become the challenge for politicians very shortly; a need to move beyond the present to offer the country a vision for how we can move on from the crisis and where we might move to.