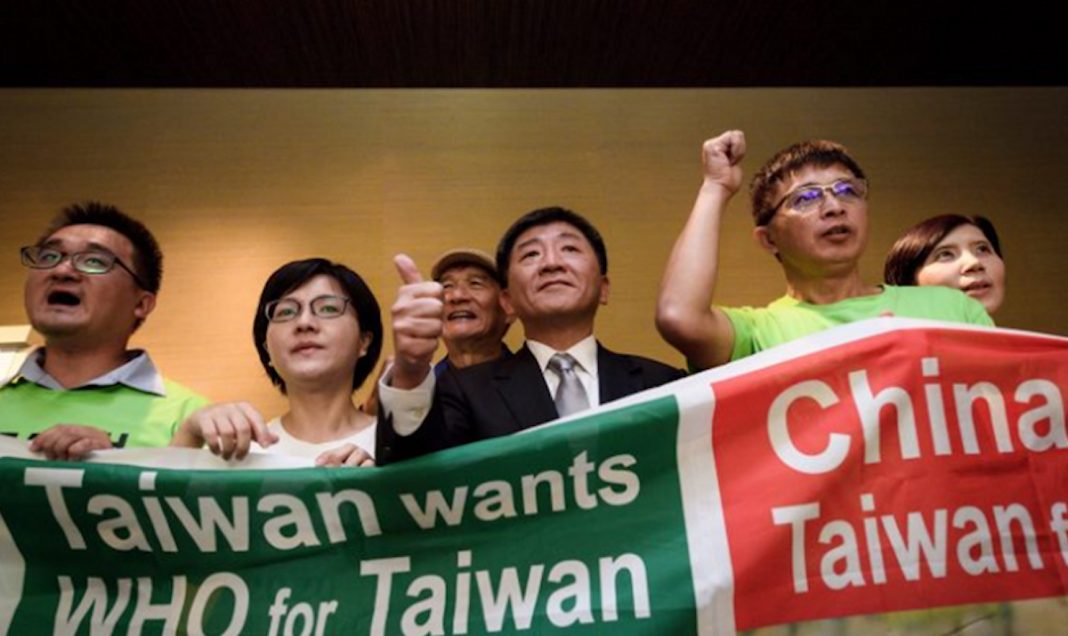 New Zealand has agreed to co-sign a United States letter calling for the admission of Taiwan to the World Health Organisation’s World Health Assembly next week.

The United States and Japan are asking so-called “like-minded nations”, including Australia, the United Kingdom, France, and Germany, to co-sign the letter.

The move is likely to be seen by China as a slap in the face and could put at risk New Zealand’s critical trading relationship with China.

China’s Embassy in Wellington has made its position clear in a statement from the Ambassador, Wu Xi, on the Embassy website.

“There is only one China in the world, and Taiwan is part of China,” she said.

“WHO is a specialised UN agency composed of sovereign states.

“As a province of China, Taiwan is not eligible for the membership of WHO.”

“There is absolutely no way, regardless of whether New Zealand supports it or not that Taiwan is going to get a seat at the WHO,” he told POLITIK.

However, what at first seemed to be just another Peters quirky off the cuff comment, by last night, appeared to be a proper statement of the position of the New Zealand Government.

It is bound to provoke Beijing.

In a media briefing in Beijing on Wednesday, the Chinese  Foreign Ministry spokesperson, Hua Chunying said that Taiwan’s ruling Democratic Progressive Party authorities had been engaging in political manipulation and constant hype-up over the issue of Taiwan’s participation in WHO and the World Health Assembly.

“The real intention is very clear,” she said.

“They are taking advantage of the virus to seek independence.

“We firmly reject this futile attempt.”

However, in his statement, Peters claimed: “This is not a political or geostrategic decision – it reflects the importance we place on meaningful and practical engagement with the World Health Organisation and its processes for all communities, and on the effectiveness of global health information-sharing and cooperation more broadly.”

“Foreign Policy” magazine says the United States WHO initiative has a limited chance of success “since nothing irks Beijing more than support for Taiwan, which it regards as a renegade province, and China is likely to retaliate against any move by WHO Secretary-General Tedros Adhanom or by other governments to include Taiwan in deliberations on public health.

“But the Trump administration’s bid provides the latest sign that Washington is placing a higher priority on eliciting criticism of China, its chief geostrategic adversary, than exploring ways the two superpowers, or other governments for that matter, could collaborate in preventing the spread of the coronavirus,” the journal said.

The US move is a direct challenge to the “one China” policy.

WHO membership is only given to countries that are members of the United Nations – which does not recognise Taiwan – or whose applications are approved by the World Health Assembly.

New Zealand ended its recognition of Taiwan in 1972 when it recognised the People’s Republic of China.

The Ambassador’s statement stressed that the one-China policy was the basis of the China-New Zealand relationship.

“The one-China principle is the political foundation of China-New Zealand relationship,” she said.

“China appreciates the longstanding adherence of the one-China policy by successive New Zealand governments since the establishment of diplomatic relations between the two countries.

“We hope New Zealand will continue to abide by this principle, properly handle issues related to Taiwan and uphold the sound development of China-NZ relations with concrete actions.”

The constant fear from those who watch NZ-China relations is that China has all the power; that we are so economically dependent on China that any move to limit New Zealand exports there could have significant repercussions here.

China is our largest export market, and exports there held up well last month; nearly 30 per cent of all New Zealand exports went to China in April. that is a measure of our vulnerability.

China, which has an antagonistic relationship with Australia,  has used various subtle techniques to hit their exports such as extra inspections for their coal or refusing to see Australian politicians to discuss trade matters.

Last week China’s Ambassador in Canberra warned that Chinese students and tourists could stop coming to Australia if Prime Minister Scott Morrison continued to  pursue an inquiry into the beginnings of Covid-19.

New Zealand’s problem is that Australia continues to press Wellington to support its much more openly pro-US position on China.

Australian Prime Minister Scott Morrison has called for support for an independent review into COVID-19 response and lobbied leaders of France, Germany and New Zealand, among others, to support it.

The Prime Minister, Jacinda Ardern, has offered a guarded confirmation that we do.

China responded to that with a statement from its Foreign Ministry spokesperson said the so-called independent review proposed by the Australian side was political maneuvering in essence.

Nevertheless, New Zealand keeps moving closer to the US.

It appears that since March New Zealand has been regularly meeting with the so-called “Quad” countries — Australia, India, Japan, and the United States.

They have met by video teleconference, and New Zealand joined other “non-quad” countries, South Korea, and Vietnam in the meetings to discuss their response to the pandemic.

Peters was not so enthusiastic about “the Quad” two years ago.

He described it then as an emerging group of countries who desired to work with each other, but its future shape was not yet known.

“However it would be naïve to think that its intention to act as a counterbalance to China is not an element within it,” he said.

Increasingly New Zealand is being forced to choose between its traditional allies, the US and Australia on one side and China on the other.

It is a no-win situation.

Labour – walking away with it