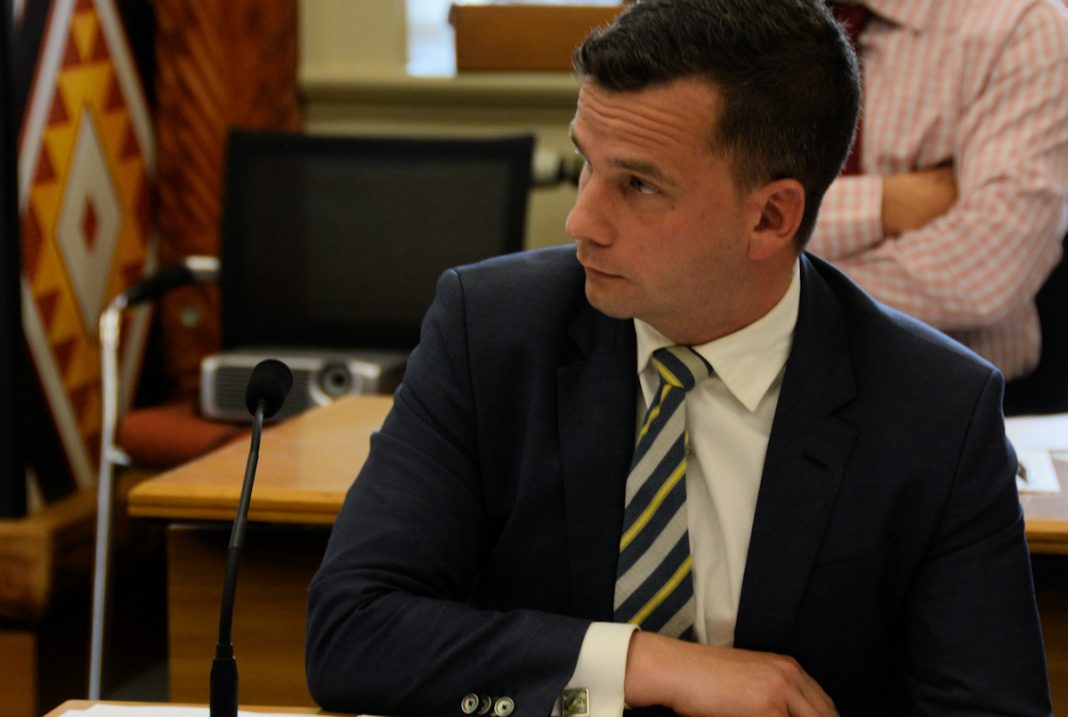 What is increasingly looking a hard-fought contest between National and ACT for the centre-right vote took another turn last night with ACT releasing a bold economic plan to stimulate recovery from the Covid-19 lockdown and border closures.

National is under intense polling pressure with leaked polls continuing to suggest it is sitting below 30 per cent.

ACT, in contrast, has been picking up support with the party likely to return with at least one additional MP after the election.

The party leader, David Seymour, last night told POLITIK that the ACT has been gaining new members and money in recent months in what seems to be a resurgence of interest in a party which once had nine MPs.

“People are just seeking us out, giving us money and signing up,” he said.

“Membership numbers have been pretty low at one point we were close to being non-registrable.”

That is an admission that membership got as low as near 500, which is the minimum required for a party to be registered under the Electoral Act.

“Now it’s quite a multiple of that as a result,” he said.

Seymour said what impressed him about the visits to the website was the way people were donating money, small amounts like $15.

“That really strikes me because there’s no button to automatically donate that much. It’s not a round number. Maybe that’s all they can give.

And Seymour says that the renewed interest in the party means that he has more people to call on to help construct policy.

ACT’s budget includes many policies that would be expected from Parliament’s libertarian party such as allowing businesses to hire workers on 12-month trial periods, returning the minimum wage to its 2019 level, and placing a three-year moratorium on minimum wage increases.

Potentially more controversially it proposes repealing the Zero Carbon Act, the oil and gas ban, and restrictions on overseas investment.

But then it also includes more mainstream ideas such as replacing the Resource Management Act and taking infrastructure decisions away from politicians and giving them to a new independent Infrastructure Corporation.

ACT has always been a low tax party, and it sees tax cuts as a key to kickstarting the economy. It is the only party to propose a reduction in GST.

“Our Budget will also reinvigorate the economy with a temporary GST cut, bringing the rate down from 15% to 10% until June 2021. “

The party says it has measured these policies against Treasury’s Covid -19 economic scenarios and would fund their tax cut proposals by cutting $7.5 billion of expenditure by 2023/24.

These cuts would include a 20% reduction in the pay of senior bureaucrats and a 10% reduction in personnel expenditure in the public service overall.

“We also end Labour’s unaffordable, politically-motivated handouts to businesses and middle-class families,” the budget says but does not specify what that would mean.

This would include ending fees-free tertiary education; reintroducing interest on student loans, “but only at the low-interest rate required to cover the Government’s cost of lending” as well as cutting “poorly targeted spending like KiwiBuild, the Winter Energy Payment, and KiwiSaver subsidies.”

ACT would cut the subsidies to movie studios and would save a billion dollars each year by abolishing New Zealand First’s Provincial Growth Fund “and their subsidies to their cronies in forestry and racing.”

They would also eliminate $700 million of Government R&D subsidies.

“Finally, we make $1.4 billion of savings each year by reversing the government’s antigrowth changes to the welfare and transfer systems,” the budget says.

“A pandemic is not the time to make permanent spending commitments which impose significant costs on taxpayers.”

The budget also includes a proposal to restructure the Public health Units within the Ministry of health.

“This national service would also be responsible for auditing DHBs’ own epidemic response plans and managing an expanded national strategic reserve of PPE.

“This service would also lead the response to future pandemics and focus solely on infectious diseases, rather than regulating private behaviour (e.g., tobacco and alcohol). “

All up, the ACT document is comprehensive, detailed and contains some radical ideas.

Part of that plan was already redundant only hours after it was published because it called for the Government to relax the level Three lockdown.

The lack of detail in National’s plans is apparently worrying some of the party’s backbenchers who might be feeling vulnerable if the party’s share of the vote drops (as polling currently indicates).

POLITIK understands one backbencher told an online meeting of around 40 business and professional executives last week that there was concern within the caucus about the seeming inability or unwillingness from the top of the party to articulate an economic vision.

David Seymour will have underlined that concern with his alternative budget yesterday.

Sorry Roger; time to move on