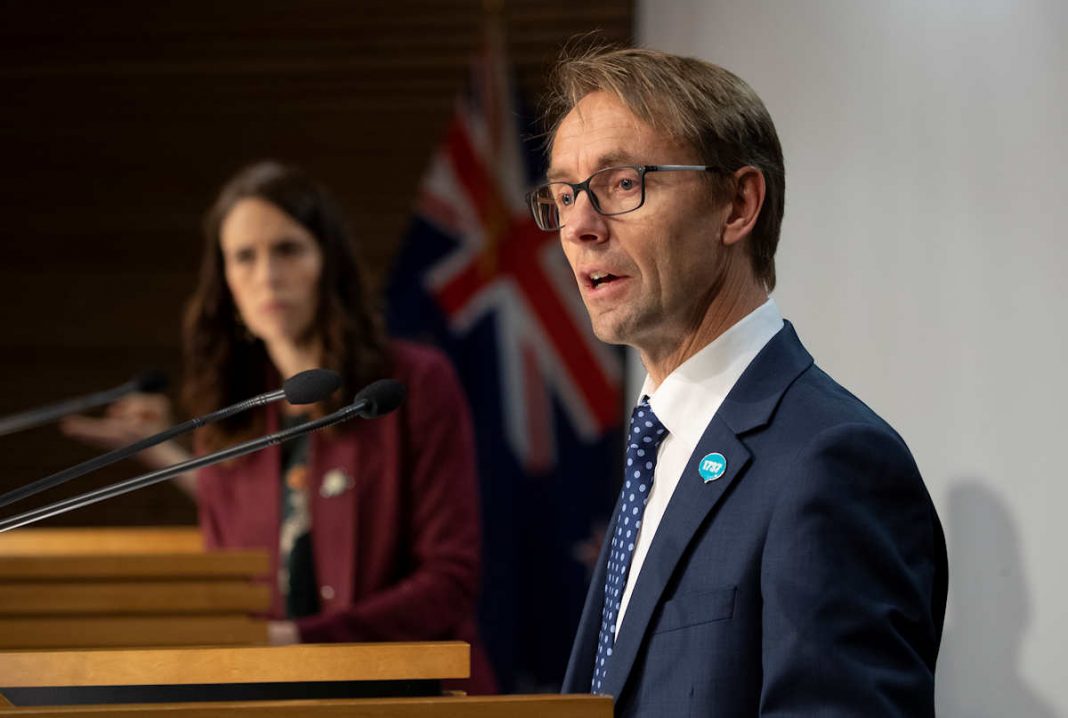 New Zealand appears to have moved to reduce tension in the China-New Zealand relationship by calling on its Covid-19 hero, Dr Ashley Bloomfield, to step into the breach.

A spokesperson for the Prime Minister last night confirmed to POLITIK that he will now lead the New Zealand delegation to the World Health Assembly which opens online today.

He will be walking into a series of controversies which have been inflamed by Foreign Minister, Winston Peters.

The delegation to the annual conference is usually led by the Minister of Health.

But New Zealand has signed a letter calling for the admission of Taiwan as an observer to the Assembly.

That has met with stiff resistance from China.

And Peters has exacerbated that tension with two statements which have now drawn two sharp rebukes from the Chinese Embassy in Wellington.

By having Bloomfield head the delegation, the clear message is that New Zealand does not see the WHA as a political forum but simply a medical conference.

Once again, it seems, the Government (meaning the Prime Minister) and, on the other hand,  the Foreign Minister have differing ideas on where to place the emphasis in the China relationship.

The stakes are high and there are fears, particularly within the dairy industry, that China could retaliate against New Zealand exports as it appears to be currently doing with Australia.

The Australian Trade Minister, Simon Birmingham, revealed yesterday that he has not been able to get any of his calls to the Chinese Trade Minister returned.

Birmingham wants to discuss anti-dumping duties the Chinee are threatening to impose on Australian barley exports.

Commentators are suggesting that the duties are part of a Chinse response to Australia’s call for an inquiry into the origins of the covid-19 virus.

An editorial in the Friday edition of “China Daily”, the English language Chinese Communist party newspaper, said: “Canberra is raising the most raucous voice in support of what Beijing sees as a United States-initiated vilification campaign against China in the name of an international inquiry into the origin of the novel coronavirus.”

The same newspaper suggested there could be a link between the trade issues and the call for the inquiry.

“You just cannot expect trade to flourish while bilateral relations, in general, continue to sour,” its editorial said.

Australia has backed off its earlier hardline on the inquiry and joined 62 countries— including Indonesia, Japan, South Korea, Turkey, Russia, South Africa and the United Kingdom and New Zealand  — and backed a  motion, which does not specifically mention China or the city of Wuhan where the outbreak is believed to have begun.

But it does say the WHO should work with the World Organisation for Animal Health to conduct “scientific and collaborative field missions” and “identify the zoonotic source of the virus and the route of introduction to the human population, including the possible role of intermediate hosts”.

The issue of Taiwan is more problematic.

New Zealand has joined with a much smaller group of nations on this — predominantly the Five Eyes countries, the US, Canada, the UK and Australia along with Japan, Germany and France.

This has drawn a strong rebuke from both the Chinese Foreign Ministry in Beijing and also China’s Ambassador to New Zealand who, in a statement, said the One China Policy was the foundation of China-New Zealand relations  expressed the hope that “New Zealand will continue to abide by this principle, properly handle issues related to Taiwan and uphold the sound development of China-NZ relations with concrete actions.”

There is little doubt Beijing was applying pressure to New Zealand.

Jessica Drun, a nonresident fellow at the Project 2049 Institute who specializes in Taiwan’s international status, told the Nikkei Asian Review she thought Taiwan’s chances of being voted into this year’s WHA were “extremely slim.”

“Beijing is already exerting diplomatic pressure against countries that have come out in support of Taiwan’s observership — New Zealand is the example that comes to mind — and is likely doing so in a multitude of bilateral channels to ensure that a majority will not be met,” she said.

But what has complicated matters further is a claim by Foreign Minister Winston Peters that his Chinese counterpart, Wang Yi, had assured him China would not retaliate against New Zealand when there were differences in the relationship.

Asked about how the Ambassador’s statement squared with this, Peters said she should “listen to her master”.

The Chinese Foreign Ministry spokesperson, in a regular media briefing last week said:” I wonder how he came to that assumption? I want to point out that China is committed to developing friendly cooperative relations with New Zealand based on mutual respect and equality. But we are firmly resolved to uphold our sovereignty, independence and territorial integrity. No one should entertain any illusion when it comes to matters concerning China’s core interests. We hope that certain people in New Zealand will stop spreading rumours and creating trouble and work to enhance instead of undermining bilateral mutual trust and cooperation.”

There matters should have rested.

But Peters then, later in the week claimed that the Chinese Foreign Minister had tried to talk New Zealand out of going into a lockdown.

The Embassy issued another statement on Friday.

“China respects the lockdown decision made by New Zealand Government and has never dissuaded New Zealand from going into lockdown,” the statement said.

“We hope that certain people in New Zealand will stop spreading disinformation and creating trouble and work to enhance instead of undermining bilateral mutual trust and cooperation.”

In short, the Ministry and the Embassy, are claiming  Peters lied about what he was told.

Obviously the strategy from the Beehive now is to let the officials get on with the relationship. Hopefully, that will calm things down. It worked on Covid-19.

The advisors behind today’s lockdown decision