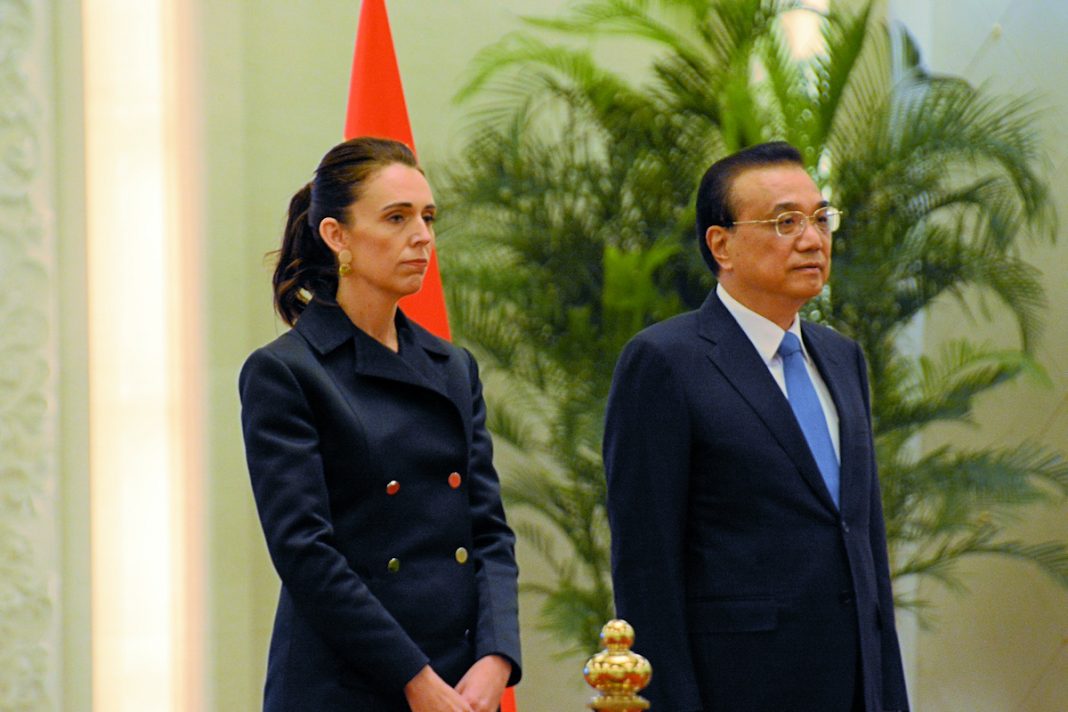 As political and trade tensions with the United States rise, and its image as a global leader is tarnished by riots, China has indicated it could join the Comprehensive and Progressive Trans Pacific Partnership which New Zealand belongs to.

If it did, it would be seen as a slap in the face for the United States where both the Trump administration and the Democrats more generally oppose the US joining.

China’s membership of the CPTPP would also underline its growing position as the pre-eminent superpower in East Asia.

However, it is early days.

New Zealand is the “repository” nation for the CPTPP, so any application to join would be made to Wellington but Trade Minister David Parker, last night told POLITIK no formal application from China had so far been received.

Trade consultant and former Executive Director of the NZ_China Council Stephen Jacobi told POLITIK last night that it had always been intended that China would become a member of the CPTPP.

“Certainly when TPP was first envisaged, it was always envisaged as a pathway to a broader Asia-Pacific grouping that would include China and the United States,” he said.

Chinese Premier Li Keqiang raised the possibility that China might join at a press conference on Friday to mark the end of the Third Session of the 13th National People’s Congress of the Chinese Communist Party in Beijing.

The Japanese newspaper, Asahi Shimbun, asked Keqiang whether China had a plan to join the CPTPP.

His reply was low key: “China has a positive and open attitude toward joining the CPTPP.”

“The premier’s comment appears to be the first time that a Chinese leader has publicly confirmed China’s interest in joining the partnership,” it said.

Parker, however, cautioned that there was a process that China would have to go through if it wanted to become a member.

He said members would need to meet the CPTPP standards and would need a consensus of existing members that they could join.

“There’s a question about whether China at the moment can be meet the standards, particularly in state-owned enterprises; they certainly can in other areas,” said Jacobi.

“But I still think this is an extremely interesting statement for the longer term though obviously, all members have to be in agreement.”

That may be a problem for two reasons.

Japan, a member of the CPTPP,  is suspicious of China on trade matters and has been negotiating a three-way Free Trade Agreement with China and South Korea since 2002.

Canada, Australia and New Zealand are all members of the Five Eyes partnership with the United States and the current Secretary of State, Mike Pompeo, has been critical of countries outing trade relations with China ahead of security concerns.

Pompeo has already put pressure on Five Eyes members not to accommodate China by allowing Huawei into their 5G networks;  the United States has also been critical of countries (like New Zealand) signing up to China’s Belt and Road initiative.

Speaking in Sydney at the annual Australia – United States Ministerial talks (the remains of the annual ANZUS talks) Pompeo said  China’s capacity to do exactly what it was doing was a direct result of its trade relationships.

“You can sell your soul for a pile of soybeans, or you can protect your people,” he said.

But other members of the CPTPP may be more supportive of China.

Kishore Mahbubani, a professor and founding dean of the Lee Kuan Yew School of Public Policy at the National University of Singapore, told Caixin that he was “very encouraged” by Li’s “strong and powerful” signal about joining the partnership.

Mahbubani is a highly influential voice in Singapore.

“The US has decided to launch a geopolitical contest against China, unwisely,” Mahbubani said.

“Then China should strengthen its links with its neighbours and with the rest of the world.”

He sees China’s move as a response to the lower profile that the United States now has in the East Asian region.

“Nature abhors a vacuum, and when vacuums are created, they tend to get filled,” he said.

“Certainly when TPP was first envisaged, it was always envisaged as a pathway to a broader Asia-Pacific grouping that would include China and the United States.”

Ironically, New Zealand would be unlikely to gain any major direct benefits from China joining the CPTPP because we already have a Free Trade Agreement with China and will be a part of the China-led Regional Comprehensive Economic Partnership if, as China promises, it is concluded by the end of this year.

Jacobi says that where New Zealand would benefit would be that the presence of China within the CPTPP would make it much more attractive for other countries such as Thailand and Indonesia within the region, and the United Kingdom, to also join.

Perhaps the most important aspect of Li’s statement on Friday is the signal it sends that China remains committed to globalisation and multi-lateral free trade, both areas that the Trump administration is retreating from.

NZ ready to get heavy with the UK

How Brexit could damage NZ