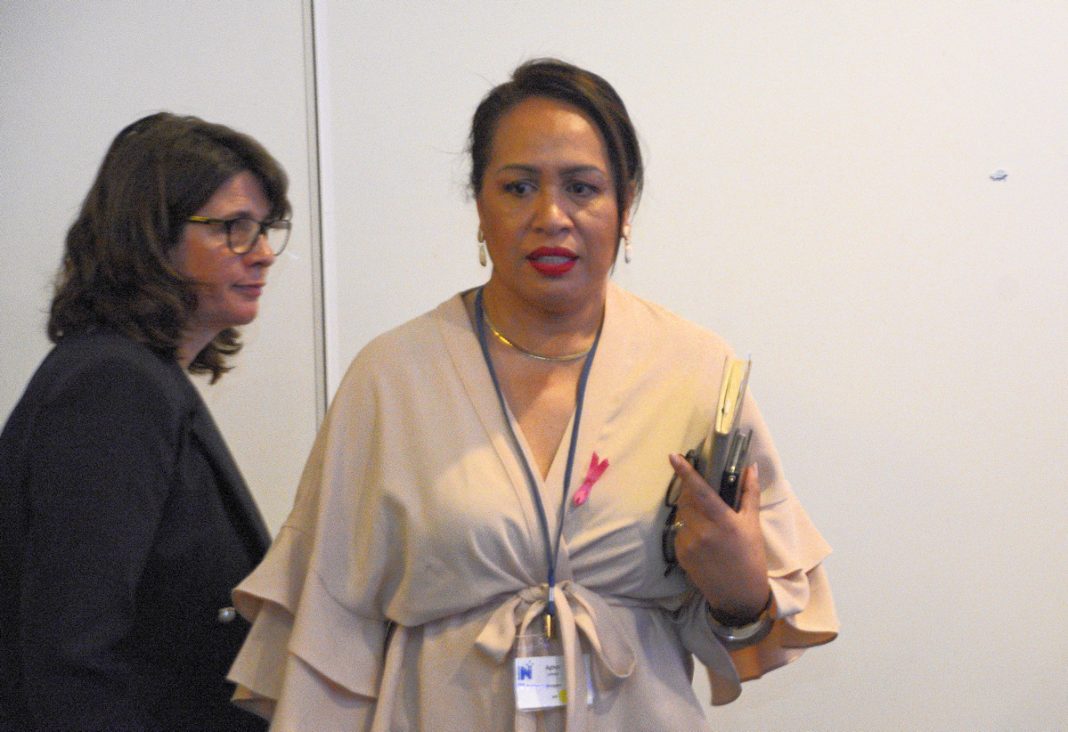 National’s new leader Todd Muller set out yesterday to answer critics who had charged that his “Make America Great Again” cap and the absence of any Maori on his new front bench pointed to him being tone-deaf on racial matters.

But within hours of him making a speech in his home town of Te Puna  in front of a Tina Rangatiratanga flag, his party was once again rejecting one of its ethnic MPs for an electorate nomination.

The party’s candidate for the heavily Polynesian South Auckland new electorate of Takanini is a Sydney-born Lebanese who migrated to New Zealand eight years ago, Rima Nakhle.

This is the second time this election cycle that National has passed over a sitting list MP of colour for selection.

In contrast, Labour also selected its candidate yesterday, and he is Anae Dr Neru Leavasa, a South Auckland GP who is also a small business owner and currently sits on multiple community boards.

This was the second time Loheni had failed to get selected for an electorate nomination (she stood for Botany), but her failure also echoed the fate of National Party Maori list MP, Jo Hayes, who last November was beaten for the Palmerston North nomination by a 17—year-old Pakeha schoolboy.

Nakhle is believed to have had the backing of Auckland Councillor Daniel Newman.

Newman enjoys the support of right-wing blogger Cameron (“Whaleoil”) Slater and since his own defeat in 2014 has become known within the party as an effective organiser capable of marshalling the number of delegates needed to gain a nomination.

What makes the events at Takanini potentially worrying for the party is that they would seem to fly in the face of the image of National that Muller presented at Te Puna.

He talked about his childhood at St Joseph’s convent school in Te Puna where he was “pretty much the only Pakeha kid.”

“Even then, in an unformed childish way, I was aware of socioeconomic disparity,” he said.

“I knew my family was very comfortably off, relatively speaking.

“ I felt that rare experience for Pākehā in this country – the sense of being different and in a minority.”

And he picked up a theme of former Prime Minister, Jim Bolger, that “tino rangatiratanga” and “the importance the National Party places on the values of self-determination for individuals, families and communities” were related.

“As Prime Minister, I will seek to advance those values,” he said.

That will obviously be controversial enough within the National Party, but he is likely to attract even more controversy with his summation of the Covid-19 lockdown.

“We are all in this together, and I think all New Zealanders now have a greater sense of community connectedness and care than we had before,” he said.

“We would not use this term in today’s more secular and diverse age, but, in the 1930s, Michael Joseph Savage spoke of “applied Christianity”.

“As I’ve said, something like that will guide my Government.”

For many on the right of the party that will amount to heresy.

Muller went on to praise the Savage Government.

“Savage faced the last economic crisis of the magnitude of what is ahead of us, and was forced to borrow,” he said.

“At the end of it, New Zealand had the first of many state houses for low-income workers, and significant infrastructure to power an improving economy – including large-scale hydroelectric schemes on South Island rivers and lakes.”

Muller said that at the end of the current crisis Government borrowing should have been used to protect people through the economic and unemployment crisis, and immediately created the conditions for tens of thousands of real, permanent full-time jobs.

He said it should also finally address long-term social deprivation, with the urgency applied to the economic crises a generation ago;

This was a far cry from the speech of former leader Simon Bridges, on March 17 when the Government introduced its Covid-19 economic package into Parliament.

Bridges criticised the package and accused the Government of “taking the opportunity to prioritise beneficiaries over businesses and workers in this country and what it is that they need.”

That view was shared by many in the National caucus.

Helensville MP, Chris Penk, who is a social-conservative and Bridges supporter, has just published a 130-page book which is predominantly an attack on the way the Government managed the Covid-19 lockdown.

But Penk also defends Bridges and the confrontational approach he adopted during the Covid-19 lockdown.

“When Simon Bridges exercised his constitutional right — nay, duty — to speak up in this way he was shouted down by cowards and bullies,” he said.

“Some had allowed themselves to be manipulated into a state of fear that trumped capacity for rational thought.

“Others were mere political opportunists.”

That would appear to be a thinly-veiled attack on Muller and his supporters. Muller has made it clear from his first speech as Opposition Leader that he was not interested in “opposition for opposition’s sake”.

POLITIK understands Penk has been advised to shut up.

He declined to talk about the book to POLITIK last night saying he just wanted to let the book speak for itself.

Muller’sdecision to move the party to the left, closer to the centre, makes perfect strategic sense. It means he can now contest Labour from the centrist vote knowing that ACT can absorb some of the right-wing votes that might previously have gone to National.

But whether the party members at large or even some of the caucus understand this yet, is another matter.