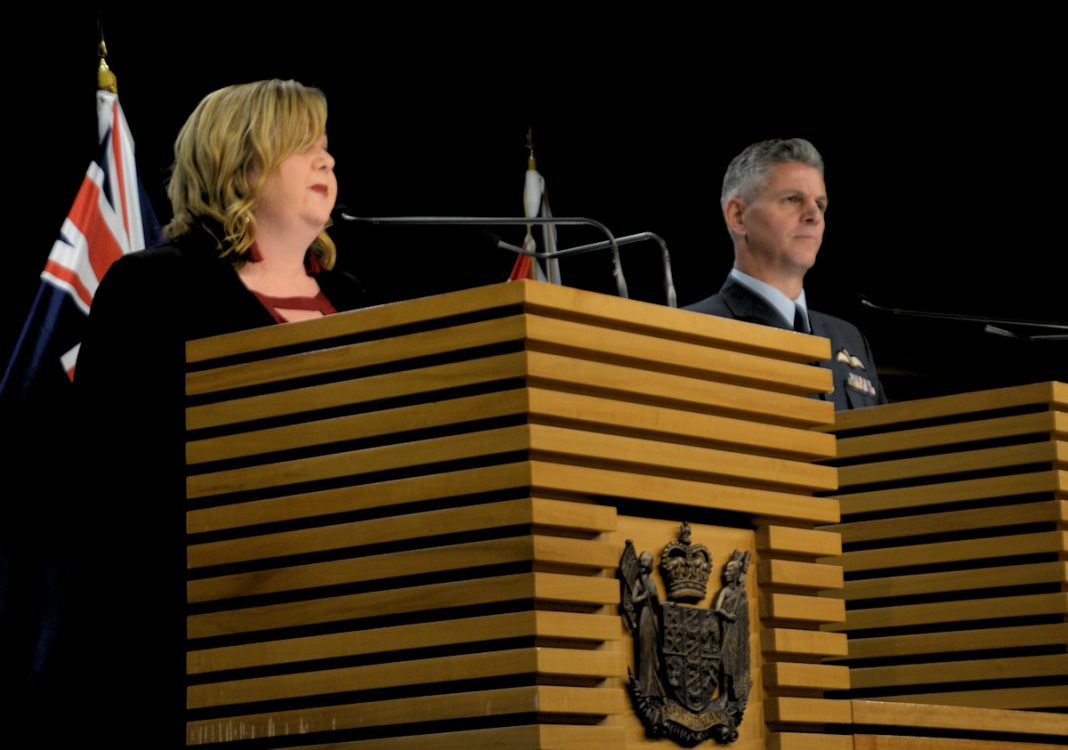 The Government is not saying so but read between the lines of everything they’ve said over the weekend about Covid-19 border restrictions, and it’s clear they are planning for a 12 months border closure.

What is also clear is that until the military stepped in a week ago, the whole border closure exercise and managed isolation or quarantine of travellers was not working.

A review conducted by three people from Defence, Corrections and Police found a system that was “not broken” but under extreme stress.

And it was clear who was to blame.

“For the purposes of running a MIQ  (Managed Isolation and Quarantine) system, a single clear lead agency is needed along with clear lines of accountability, protocols around inputs and information and data sharing,” the review said.

And it delivered a blunt assessment about who that should not be.

“It does not automatically follow however that the Ministry of Health should be the agency responsible for running the MIQ operations,” it said.

The report details a series of areas where the management prior to the takeover by the military of the returnees was at best inadequate.

There has clearly been conflict.

“There have been some notable instances of frustration exhibited by individuals arriving into MIQ, mainly from Australia, who have reportedly been surprised by the 14-day isolation requirement,” the review says.

“There has been a consequent demand and desire for a more permanent Police presence at MIQ facilities.“

POLITIK has been told that at one Auckland hotel being used to house people in isolation, gang members have attempted to get prostitutes and “P” on to the premises.

“That’s one of the things that we have,” she said.

Issues like this were behind a finding by the review team that staff at the frontline were fatigued.

“The morale of staff at the ‘frontline’ is also challenged by the behaviours of some travellers and the need to operationalise short notice policy changes,” it said.

At the same time. “policy decisions were made with little understanding of the operational consequences.”

“Policy changes announced in Wellington without prior consultation create frustration and potential conflict for staff on the ground to have to manage,” the review said.

“A consistent theme encountered was of a system under extreme stress.”

A hint of one of the reasons why this might be the case was given in a brief overview in the report which listed as an  immediate action to consider: “clarify lines of accountability (including through possible changes to the relevant legislative instruments), and amend delegations to enable appropriate decision making.”

That is (presumably) a reference to the Epidemic Preparedness Act which places all power over how to manage an epidemic in the hands of the Director-General of Health. The Director-General is required to report to the Prime Minister and the Minister of Health on how his management is proceeding.

The key player is the Prime Minister who may (with the agreement of the Minister of Health)  issue an order for any action that might need taking under the Epidemic Notice.

What is missing in all this is a clear line of Ministerial accountability, and the review has called that out.

Legislative change is unlikely before the election, but the review has proposed a series of changes.

There is now 168 defence staff providing 24-hour coverage at the MIQ facilities. All up there are now 238 Defence staff including people supporting the planning, the training assurance and necessary surge capacity.

There are also more government staff from the Ministry of Foreign Affairs and Trade, Police, Aviation Security, Whanau Ora, Health and Fire and Emergency.

“All contribute to what is a significant all of government response,” said Air Commodore Webb.

“The system is enormously complex, and we will need additional resources to go into planning, health checks, testing and communicating with returnees.

“And work is underway to do just that.”

In fact, Woods and Webb are building a semi-permanent system designed to cope with a closed border until well into next year.

A clue to how long the border may be closed came last Thursday when Qantas announced 6000 job cuts and CEO, Alan Joyce, said the airline was unlikely to be flying internationally till July next year.

Where Australia has gone on border closures, New Zealand has tended to follow during the whole Covid crisis.

Back in March, the Prime Minister Jacinda Ardern said: “We will be having to manage covid-19 for months until, of course, there is a vaccine and that will be many months.”

What was not widely understood at the time was that the management would mean the full closure of the border.

Woods understands what is now needed as the rest of the world is still struggling to contain Covid-19.

“When we look around the world, and we see that Covid is growing, not slowing,” she said.

“We’re seeing record numbers of tests come through in places like the United States, we’re certainly seeing more and more cases in our own managed isolation facilities as people return from hotspots where there is Covid.

“What we are absolutely determined to do is to put in place a system for as long as we need to,  to protect New Zealanders and protect the gains that we have made.

“We have one of the most open and functioning economies in the world, and we want to keep it that way.

“This is expensive, but it is a critical part of our defence against having community spread of Covid.”

“The Prime Minister has asked me to work on a transition plan of how we move the system beyond its national emergency response phase,” she said.

“I think the fact that we are seeing the need to put in a transition plan that won’t be completed until October gives you an indication that there is going to be a need for this.

“This is a critical part of our defence against Covid.”

In effect, what Woods is setting up is the likelihood the borders will closed beyond October to very probably the middle of next year.

That also raises questions about how much of the bill to house the returnees will be able to be funded by the taxpayer.

Woods hinted very strongly that she favours some cost recovery from those In isolation and quarantine.

“It’s bout striking that fairness that the taxpayers of New Zealand are being asked to foot a very large bill,” she said.

“But it is complex, and we’re determined to get it right.”

She said that though there was a legal requirement to allow a New Zealander to return home without impediment, she took the view that a ticket was an impediment anyway.

“They’ve had to purchase a ticket of some kind to get here.

“And that doesn’t seem to be seen as an impediment to return home.

“But we’re making sure we work our way through this systematically and that we’re doing it in a careful way because we need to make sure we get this right.

“We’re going to have the situation with us for some time to come.”