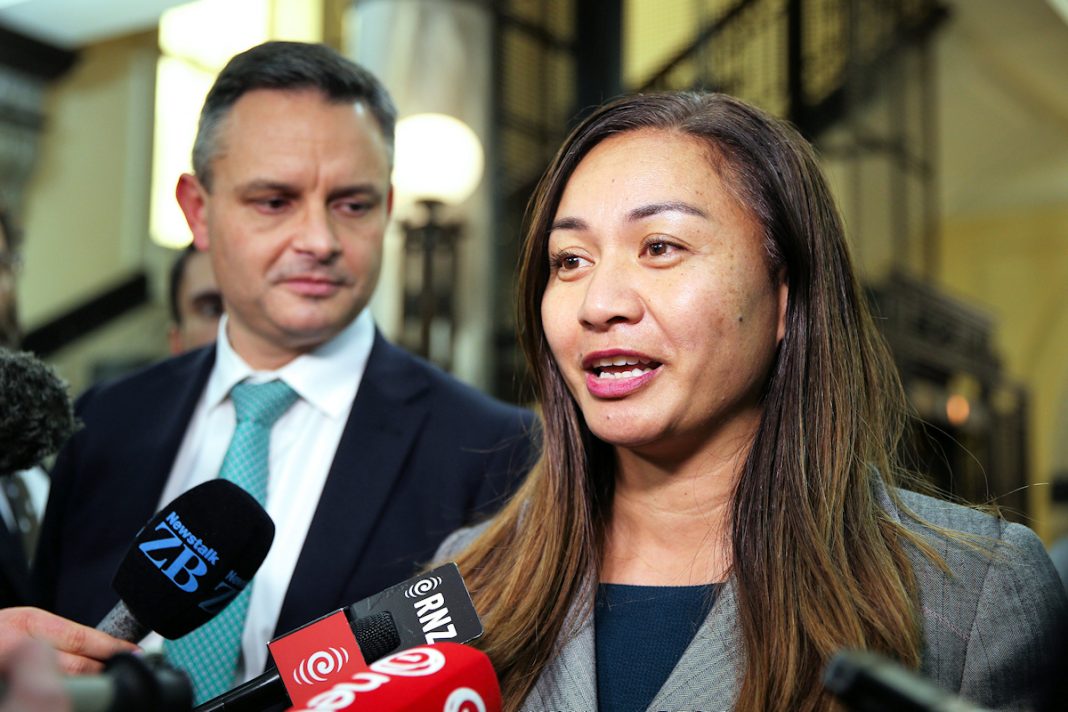 The Greens proposal for a wealth tax seems to be more or less dead on arrival.

Labour leader Jacinda Ardern yesterday signalled that her party is not interested in it.

That should not be surprising.

The Tax Working Group has already considered a wealth tax and opposed it.

This, however, hasn’t stopped National putting a scare post on Facebook, which claims that Labour supports the tax.

Ardern yesterday was emphatic this was not the case.

“I will not be announcing Labour’s tax policy today,” she said.

“But I will also be highlighting that regardless of whether or not we’ve had a history of working with other parties, we still have separate policies and we will still campaign separately come election time.”

She argued that the Greens proposal did not factor in the kinds of behaviour change that a change like that would drive.

“People often will change the value of their assets to avoid tax,” she said.

“ But if I’ve learned anything from the work that has been done over a number of years in this Parliament, you do in your modelling have to build in some assumptions reasonably significantly around behaviour change because people inevitably try and avoid new taxes that are put in place.”

Even the Greens conceded that could be a weakness in their proposal.

That would seem to be a polite way of saying it could be easily avoided.

The Greens in their policy document argue that by extending taxes to assets including trusts, and not just income, “we will reduce some of the current opportunities for wealthy people to rearrange their finances to avoid paying tax.”

But it concedes some people would try to hide their wealth to avoid paying tax.

“So we have factored this into our revenue calculations,” the document says.

“Deliberately avoiding tax obligations is illegal, and the IRD has recently put more resources into tracking down tax evasion and enforcing the law.

“With the Green Party in Government, this tax enforcement work will continue.

“Instead of chasing beneficiaries for small unpaid debts, we will focus on ensuring that very wealthy people pay their fair share.”

The Greens tax proposal would have individual assets above the value of $1 million taxed at one per cent and above $2 million at two per cent. Couples would be able to aggregate their assets so that they would not pay the two per cent until their combined assets reached $4 million.

The tax would not apply to businesses though individual investments in businesses would be taxable as would investment funds.

But the Greens may not have misread the electorate as much as National and Labour think.

On Thursday, Britain’s Institute of Fiscal Studies, an influential tax think tank, will launch a study into the desirability of a wealth tax for Britain.

“The COVID-19 crisis has exposed growing inequalities and provoked a debate about the rebuilding of public finances,” the Institute says.

“Capital incomes (that flow from wealth) are taxed less heavily than labour incomes, and there are growing calls to address this.”

A 2018 OECD report found that there was a strong case for addressing wealth inequality through the tax system.

“In addition, wealth accumulation operates in a self-reinforcing way and is likely to increase in the absence of taxation.

“High earners are able to save more, meaning that they are able to invest more and ultimately accumulate more wealth.”

Overall, the report concluded that from both an efficiency and equity perspective, there were limited arguments for having a net wealth tax in addition to broad-based personal capital income taxes and well-designed inheritance and gift taxes.

“While there are important similarities between personal capital income taxes and net wealth taxes, the report shows that net wealth taxes tend to be more distortive and less equitable,” the OECD said.

“This is largely because they are imposed irrespective of the actual returns that taxpayers earn on their assets.”

The only case the report found where a wealth tax might be useful was in a jurisdiction such as New Zealand which has no other capital transfer taxes (inheritance tax, gift tax etc.)

However, even here, the OECD was less than enthusiastic.

“A net wealth tax can serve as an imperfect substitute for taxes on personal capital income, on capital gains or wealth transfers,” it said.

The Greens wealth tax proposal may be timely from an economic point of view, but with Labour wary of any type of capital tax and National ready with its social media smear campaigns, the Greens proposal does not timely from a political point of view.