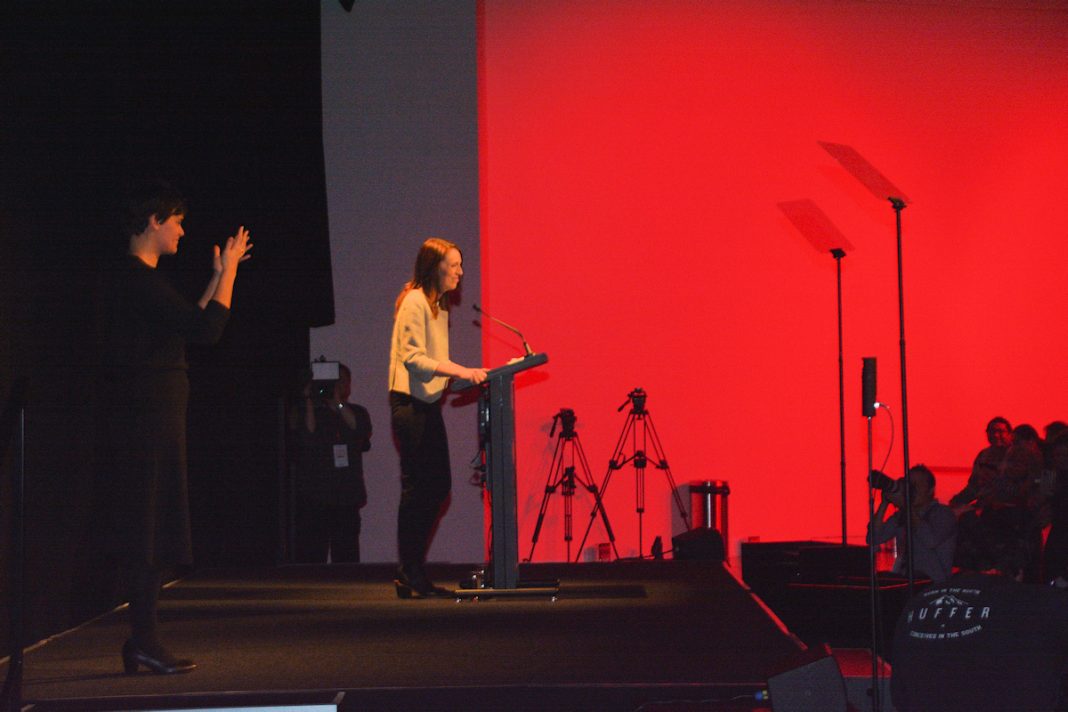 Prime Minister Jacinda Ardern yesterday clarified her Government’s current thinking on what will happen to the wage subsidy when it runs out in August.

Speaking after her speech to the Labour party Congress and asked specifically if the wage subsidy would continue, she said: “We have clearly signalled that a wage subsidy is not something that can continue on for the never never; that it could delay the critical work that businesses may need to do to pivot in the new Covid environment.”

Instead, the Government will offer other schemes to compensate workers who may have lost their jobs because of Covid.

Ardern said the main tool would be the Covid Income Relief payment which pays $490 a week to anyone who loses their job as a consequence of Covid-19 between March 1 and October 30.

But the payment lasts for only 12 weeks and is $95.80 a week less than the wage subsidy which expires from the beginning of August.

Ardern’s response yesterday contrasts with that of Finance Minister Grant Robertson last Wednesday who was asked on a Bloomberg webinar whether the subsidy would continue.

“When the wage subsidy extension comes to an end there’ll be another round of decisions to be made,” he said.

“Our wage subsidy scheme has had a very significant role in keeping people in employment and has allowed people the space to make decisions about the structure of their businesses.”

But in a sense, all that was mere detail alongside the self congratulatory red glow that suffused Wellington’s Te Papa conference space where Labour’s faithful gathered for the Congress.

That Ardern was there, able to be hugged and to be part of selfies, seemed sufficient for most delegates.

It meant she could afford the luxury of offering little that was new in her speech.

He only “new” announcement was a promise to extend the Small Business Loan Scheme.

If the loan is paid back within 12 months, it is interest-free; otherwise, three per cent interest is payable.

Ardern said the Government had received more than 90,000 applications from small businesses so far and paid out over $1.5 billion in loans.

The scheme was to close on July 24, but she said it would now be extended till the end of the year.

Her Labour Party faithful audience was relatively subdued when this was announced.

Perhaps that wasn’t surprising, these sort of announcements might have been more appropriate at a BusinessNZ conference.

What got the audience going was her promise not to repeat Rogernomics.

She began by appearing to try and head off criticism of the amount of money the Government is borrowing to keep things afloat during this Covid recession.

“I’ve seen economic downturns before and what they can do to those left behind,’ she said.

“And yes we must be mindful of the debt that future generations may carry because of what we need to do now.

“But we would be wrong to characterise debt as solely being financial.

“If we choose not to invest now, during the rainy day we have been preparing for, we burden the future with debt of another kind.

“Some call it economic scarring – the long-lasting damage to individuals of an economic downturn. I call it the loss of potential, and the greatest of wastes.”

“I have seen responses to troubled times that have failed to take this into account, and have left people behind.

“We see the impacts of that still.

“It does not have to be this way, and under Labour, it won’t.

“We are the Party that puts people first. It is in our DNA.”

That got thunderous and prolonged applause.

If it was designed to provoke the “Ruth Richardson” inside National, it didn’t quite hit the mark.

The response from Leader, Todd Muller, was hesitant.

“Nothing Labour promises you this election will be delivered – except more tax for you to pay,” he said.

But National is vulnerable with its “no new taxes” promise; Labour can legitimately ask how, with debt repayments and the social welfare bill likely to increase, what Government services National might cut if it won’t raise any more taxation.

National, on the other hand, can point to Labour Government failures like Kiwibuild as evidence that the party, as Muller put it yesterday, “promised three years ago to ‘Let’s do this’ and hasn’t done any of it.”

National likes to highlight “Kiwibuild” as evidence of Labour’s failure to deliver and as if to confirm that, the scheme’s author, former Housing Minister, Phil Twyford, was not included in the “Lenin’s Tomb” line-up of Ministers surrounding Ardern during her media stand-up.

He was left on the side-lines talking to MPs Michael Wood and Debra Russell even though he is officially ranked as Number Four on labour’s list for this election.

But what was on show at the Congress was what might be the theme of the campaign —  Jacinda Ardern’s “kindness” and what National will claim is Labour’s inability to manage the economy versus National’s economic management skills and what Labour will argue is the Party’s heartless austerity.

But ultimately this campaign will be all about Ardern.

Her speech yesterday was a carefully crafted reminder of those moments where she has transcended Party and been seen as a true leader.

“I can’t think of a time in our recent history when we have been collectively challenged by such a cruel combination of events – a terrorist attack, a volcanic eruption, a global pandemic and now its ensuing financial crisis,” she said.

“Our national character has been repeatedly put to the test, and yet, somehow we have come back with an almost stronger sense of ourselves, and of what matters most to us.

“Gamal Fouda, the Imam of Al Noor mosque, perhaps said it best when in the wake of March 15 he said, we are broken-hearted, but we are not broken. We are unbreakable. We are alive. We are together.”

“Together”; the team of five million appears to be another major theme for the campaign.

“When a terrorist tried to divide us, we came together, and we said they are us,” she said.

“When a volcano erupted, we threw our arms around those effected whether they were from near or far.

“And when Covid arrived we didn’t hesitate to act, knowing it was the only way to protect those around us.”

It is becoming clear that Labour is going it alone this election; that it would prefer to govern alone next term and that as far as its campaign is concerned, there will be one dominating image, Jacinda Ardern.

Unlike National, the Party’s billboards will not even feature their deputy leader, Kelvin Davis, who gave a stirring speech to the congress yesterday.

The “team of five million” is going to hear a lot about “kindness” over the next  11 weeks.