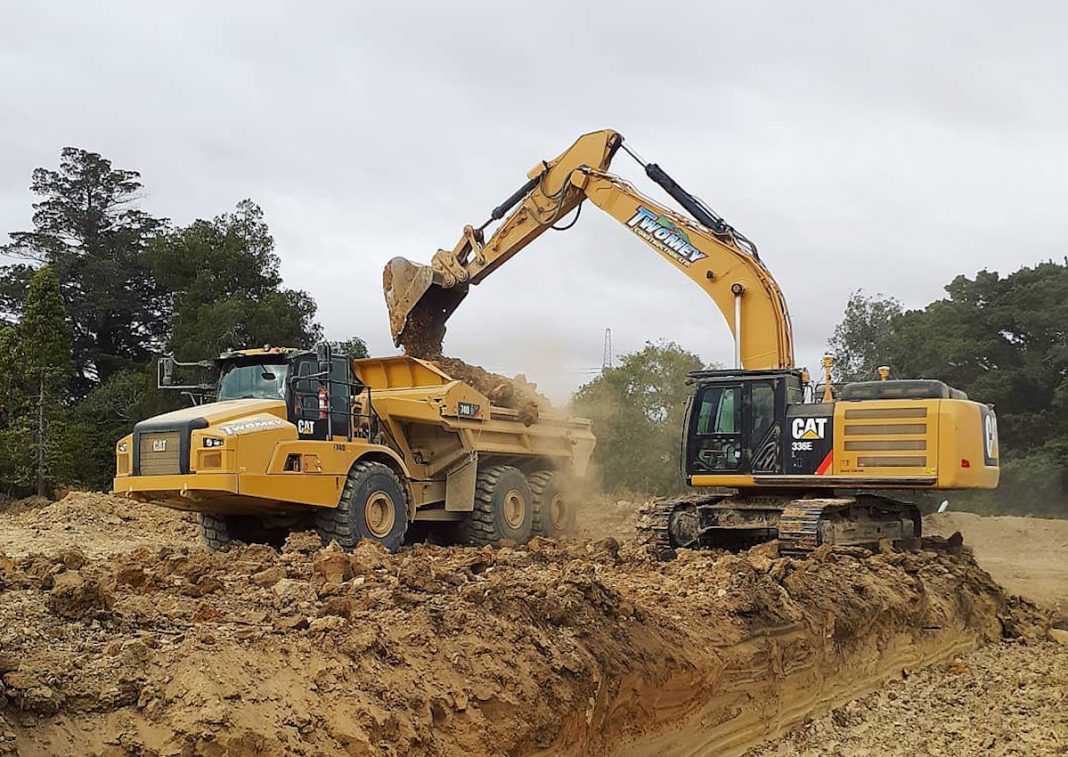 The election campaign and coalition politics along with bureaucracy appears to have got in the way of the Government’s plan to announce a whole series of “shovel ready” projects to create post-Covid lockdown jobs.

It seems the Government now wants to stagger the announcements of the projects through the campaign for maximum political impact.

And perhaps to head off growing criticism of its tardiness over announcing projects it is expected to announce more in Marlborough today.

But in the development of the policy so far, Infrastructure Minister Shane Jones has been quietly moved to one side of the approval process which is now being run by a small group of Labour Ministers headed by Finance Minister Grant Robertson, Transport Minister Phil Twyford and Associate Finance Minister, David Parker.  (POLITIK  has  learned this is incorrect, Jones was not moved, it was Twyford who was moved aside.)

The delays are leading to reports that some contracting companies are already having to lay off workers.

The issues yesterday lead to a series of clashes in Parliament between Acting Prime Minister, Winston Peters, and National’s Deputy leader, Gerry Brownlee.

Brownlee has been asking all week for a list of the so-called “shovel ready” projects promised by the Government.

That finally appeared yesterday on the Crown Infrastructure Partners website.

At a webinar in April, during the lockdown, Infrastructure Industry Reference Group chair, Mark Binns,  said that work on the projects would be underway in May.

“Decisions are going to have to be made very quickly,” he said.

“And that is something that I need to emphasise.”

On April 13 Binns said his goal was to present the Government with options for infrastructure within a very short period.”

“We will have projects available for them to consider early in May,” he said.

“And the reason we’re doing this is to make sure Kiwis have jobs.”

Shortly after this, the Auckland Council published a list of 30 infrastructure projects in order of priority that they submitted for shovel ready funding.

On July 1, nearly two months later, Robertson and Jones announced that the Auckland region would be eligible for $500 million of the initial $2.4 billion allocation from the $3 billion fund.

So far, only $204 million has been committed to Auckland projects.

Those projects (the Ferry Basin redevelopment; the North Western busway; Puhinui bus-rail interchange and Te Whau pathway) are all down the Council’s priority list.

One other project, a new Auckland City Mission, was not on the list at all.

The Council’s two top projects, the City Rail Link and the Downtown Infrastructure programme have so far received no money nor has their fourth project, the Eastern busway.

That is now part of National’s infrastructure proposals.

POLITIK understands that the Auckland proposals along with those for Hamilton and Tauranga were delegated to Economic Development and Transport Minister, Phil Twyford, to approve and that is where there has been a holdup.

No projects have yet been approved for Hamilton or Tauranga — which has submitted an ambitious list many involving three-waters and roading developments.

It is not clear how much the holdup is the product of the Minister and how much his officials.

Obviously, there have been tensions between the Ministers over the projects.

There have been other holdups.

There were problems within the Government over the Resource Management Act fast track legislation.

Jones blamed those delays as one of the reasons the shovel ready projects took so long to get off the ground.

“In order to bring legislation to the House, there are three elements of the coalition that have to vote for it,” Jones told a Select Committee on June 26.

It was not till the Wednesday,  five days after that Committee meeting that Jones was able to announce the first of the shovel ready projects and the legislation was passed the following day but with the Greens opposing it and National supporting it.

The Bill’s schedule lists only 16 projects as eligible for the fast track.

None of the Auckland shovel ready projects are on that list.

POLITIK understands that a second schedule of projects eligible for the fast track is “weeks rather than days” away, according to one Beehive source.

“The Government took only six weeks between receiving the initial infrastructure reference group report in mid-May and announcing the first projects,” he said.

“That showed we’d progress them with dynamic speed, and 1,924 submissions for projects were received.

“Due diligence on more than 150 projects takes time, and sometimes announcements are not able to be made in order to protect the Crown’s negotiating position.”

But it is not the projects that have been announced that are the subject of the criticism of the Government from the contracting industry.

There was a big difference between making announcements and providing meaningful employment opportunities through economic activity, Mr Silcock said.

“The current situation is incredibly frustrating. We know the work is out there, but unless we know where, what and most importantly when projects will start, contractors are left totally in the dark.

“They will have no choice but to put workers off or face the risk of companies going under.”

He said employers had been waiting months for shovel-ready jobs and needed certainty to invest in people.

“Every week’s delay meant more would lose their jobs.

“A joint letter from industry leaders was sent to ministers in mid-June stating the urgent need. Ministers responded that answers were ‘imminent’, but the actual project details were still trickling out slowly, he said.

POLITIK understands that the Government is hoping to use the announcement of projects as part of its election campaign.

That is not surprising — politics has dominated the whole shovel ready programme right from the start.

Questions about Jones’ “fund within a fund”