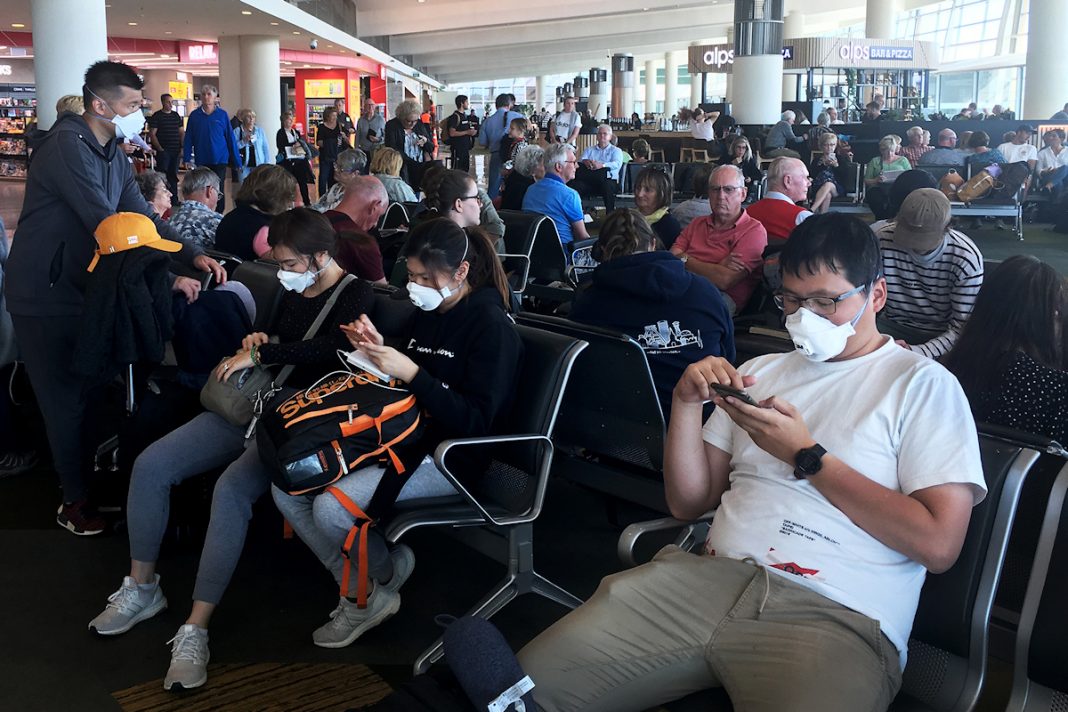 Labour appears to have had a rethink about international students coming here and is now saying the sector has a vital role to play in the Covid-19 economic recovery.

During the 2017 election campaign, the party wanted to reduce the annual immigration intake by 20 to 30,000 with many of those numbers coming from cuts to international students.

“We’re going to restore the integrity of our export education policy,” Peters told the AM Show, in June 2017.

“Which was, an economy pays New Zealand to educate their student, and when they’re finished, they go home.”

But in an announcement yesterday of a $51 million grant to the international education sector which will be paid over the next three years, there were proposals to consider the future of the work visas which suggested that they may be retained.

A Cabinet paper, pro-actively released by Education Minister, Chris Hipkins, said that international education in most countries could include an element of work experience, either during or after study, and many students valued that as part of the total experience to build their future employability at home.

“However, domestic work rights may need to be revisited in New Zealand, to ensure that international students are not competing with New Zealanders for scarce employment,” the paper said.

“At the same time, settings will need to be examined to ensure students have adequate funds to support themselves and to strengthen pastoral care obligations and migrant exploitation assurances.

“Any tightening of work rights may make New Zealand less attractive to some student groups.”

Prime Minister Jacinda Ardern yesterday talked up the importance of the international education sector, which includes the Private Training Establishments and English language schools which cater to predominantly Asian students.

Despite Labour’s complaints in 2017, numbers have increased while they have been in Government.

The bulk of the students come from Asia with students from India particularly notable.

Before COVID-19, the export of education services was New Zealand’s fifth-largest source of export revenue and was estimated to have generated around $4.94 billion in value to the New Zealand economy in 2018.

This included $1.1 from students’ fees.

International education also supported around 45,000 jobs across the economy.

The Cabinet paper suggested that the loss to the sector (the PTEs and schools)  this year would be around $600 million.

But the paper said the COVID-19 crisis had also created an opportunity to leverage New Zealand’s increased international reputation due to its handling of the crisis, and to rebuild a more diverse, resilient and sustainable sector.

The Prime Minister echoed this at her press conference yesterday.

“New Zealand’s international education sector has an opportunity to benefit from our strong health response, which means we’re one of the few countries in the world where students can come to study and be safe from Covid,” she said.

“ This can be, in the future, a significant strategic advantage.”

So the Government announced a $51 million assistance package for the sector which will be spread across three years.

Education Minister Chris Hipkins explained yesterday that Universities were not included in the package because they had “very healthy balance sheets.”

“No university is going to go broke in the short term because of the decline in international students,” he said.

“I know that it will put a strain on their finances, but they are well positioned to weather that.”

The most immediate issue facing the providers is when the borders might open to allow their students in.

“I know much of the recovery is dependent on when New Zealand will be able to reopen our borders to international students,” said Hipkins.

“As we’ve noted many times, the Covid 19 pandemic continues to rage overseas, and we’d be expecting providers to plan for no additional international students for the rest of this year with a view to bringing in smaller cohorts than they may have previously expected next year.”

But Hipkins said he and the Minister in Charge of isolation, Megan Woods were actively looking at prioritization for who might be able to come into the country as the border is gradually reopened.

Even so, he appeared to suggest that not all international education providers would last the distance.

“There is no question that for international education, as there is for tourism, there are going to be some tough decisions that they are going to face in the immediate future, and we’ll certainly work with them around that,” he said.

“With regard to the border, there are a whole lot of things that the Government is working its way through at the moment.

“We will move as quickly as we can to provide more certainty.

“But at the moment, we’re not in a position to put a specific date on when we might be able to bring in international students.”

If anything reflects the pragmatism that has been forced on the Government by the Covid-19 pandemic, it is this issue.

The Government has gone from scepticism about international education in 2017 to prioritizing it for funding and border entry in 2020.