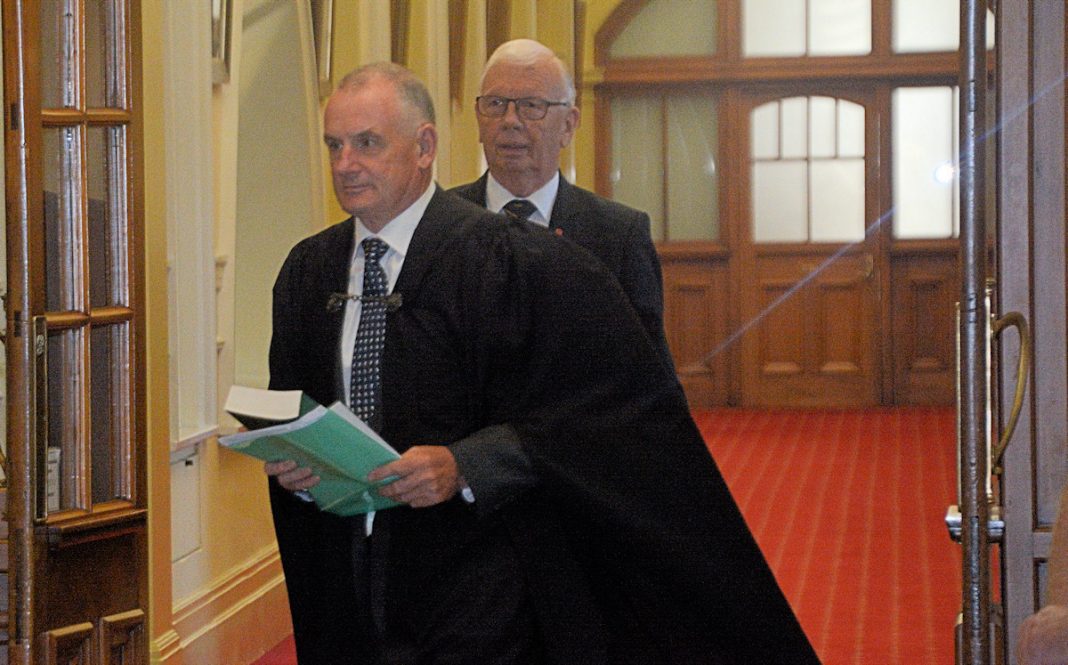 Parliament is going to extend its sitting hours in a bid to broaden the range of debates within the Chamber.

The proposal is one of a whole set of subtle but radical proposals that will broaden the range of what Parliament and its Select Committees consider and which have the potential to change the look and sound of Parliament quite dramatically.

The triennial Review of Standing Orders — the rules that Parliament operates under — was released yesterday and is proposing that the House sit on an ad hoc basis on Friday mornings.

Part of that time could be used for “non- legislative” debates. In other words, Parliament could become a sort of debating club allowing MPs to deal with critical current issues.

At present they have to apply to the Speaker for approval for an Urgent debate but the criteria are strict and approval is rarely granted.

The Review has some up with something similar to what Foreign Minister Winston Peters was last year proposing when he suggested to the Foreign Affairs Select Committee that the House consider two foreign affairs debates a year.

The Review has proposed that the several types of special debates could be added to the House’s usual menu including debates on regulations, petitions, inquiries or briefings reported by select committees, constituency and local issues and members’ notices of motion.

It said that each such debate could be around 90 minutes, and consist of relatively short speeches to enable broad participation.

Speaker Trevor Mallard believes the proposal has the potential to extend beyond the seven hours per year proposed n the Review.

“If we can get extended sittings and possibly the Fridays going there’s no reason why it couldn’t be 20 or 30 hours,” he told POLITIK.

On edition to the rules for the Friday debates would make it easier for some MPs who might have business in their constituencies not to be there.

During the Covid-19 lockdowns, Parliament’s rules restricting parties’ use of proxy voting were relaxed.

That is now to be permanent.

“Aside from urgent situations, an ability to adjust or waive the proxy-vote limit would enable the arrangement of extra sitting hours to consider non-controversial business,” the report said.

“This, in turn, could greatly increase the House’s capacity to deal with legislative improvements and non-Government business without unduly preventing members from returning to their home regions.”

The net effect of these proposals would be to dramatically change Friday mornings in Parliament, allowing more relevant and topical debates on matters of public interest.

The Review has also asked the Clerk to have a look at electronic voting to end the lengthy procedures involved in a personal vote. These are usually conscience issues such as the abortion law reform legislation which was recently in the House.

The procedure is arcane but was until recently used for all votes in Parliament.

First “the bells” must be rung for seven minutes to summon members to the Chamber.

When the bells stop ringing, the Speaker orders that the doors allowing members in and out of the Chamber be locked.

Then the members in the Chamber file into the ayes or noes lobby to have their votes recorded.

“We agree that the time-consuming process of members filing into the lobbies during personal votes to be ticked off a list is no longer best practice,” said the Review.

“Time constraints prevented us from considering any particular options for change in this area, or from making any formal recommendations.

“However, we encourage the Standing Orders Committee of the 53rd Parliament to meet relatively early in the term to consider possible electronic voting systems, with the view to setting up a trial of more modern voting mechanisms.”

But the Review has not specifically dealt with the way MPs treat recesses as holidays, but it has come up with what it hopes might be a solution.

The House does not sit at all during January and then sits for an average of nine or ten days a month.

The remainder of the time is termed “recess”. There has been a trend for all but Select Committees dealing with urgent business to stop sitting during recess weeks.

Mallard said that when he first arrived in Parliament, what are now called recess weeks were called Select Committee weeks.

While the Review is nog as far as to change the name of recess weeks or even to require that MPs return to Wellington it is suggesting that the Committees continue the Covid-lockdown practice of holding some meetings using Zoom.

“Past Standing Orders Committees have frequently encouraged committees to meet more in the weeks that the House is not sitting,” the Review said.

“Indeed, the adoption of the current sitting pattern in 1985 was premised in part on committees meeting in non-sitting weeks.

“We have observed that the ability to meet without needing to convene in Wellington physically has facilitated a much greater willingness to meet in non-sitting weeks.

“We hope to see this trend continue in the next term of Parliament.”

Mallard has cracked down on “lazy” committees this year and said his Business Committee had told Committee chairs they would not get an extension to their report deadlines when they were considering Bills if they were not willing to sit during recess weeks.

“That meant we’ve had fewer extensions and they’ve been for good reasons not because the Committee has been too damn lazy to sit,” said Mallard.

One of the peculiarities of the triennial Standing Orders review is that it is usually passed on the last day of a Parliamentary session which will be for the current 2017-20 Parliament, this Thursday.

Thus the current Parliament binds the yet to be elected next Parliament.

“Nothing stops the Standing Orders Committee doing something mid Parliament if it wanted to,” said Mallard.

“The logic has been since MMP that no one knows who’s going to be in government and who’s not and therefore your changes have to be fair on both the Government and the Opposition.”

Just as the Review has proposed that MPs be free to debate a wider range of issues on Friday morning, the passage last week of the new Public Sector Act offers some new opportunities both for Parliament and Select Committees to debate long-term issues.

“The House has just passed the Public Service Act 2020, which includes a requirement for departments to prepare long-term insights briefings at least once every three years, and for these briefings to be presented to the House,” said the Review.

“The Act stipulates that these briefings be prepared independently of Ministers and provide information about medium and long-term trends that may affect New Zealand society.

“Detailed scrutiny of these briefings by select committees, led and coordinated by the Governance and Administration Committee, would result in long-term issues being brought to the fore during each term of Parliament.

“We recommend amending the Standing Orders so that the long-term insights briefings result in long-term issues being brought to the fore during each term of Parliament.”

Whilst the Committee rejected more radical proposals such as Sir Geoffrey Palmer’s advocacy of what in effect would have been a second, parallel Chamber to allow more in-depth scrutiny of legislation and Professor Jonathan Boston’s proposal that Parliament focus more on long term issues, the Review’s proposals will have a radical impact on Parliament.

Taken with the other changes to Select Committees (they will have fewer members and the criteria for Ministers and MPs to attend a meeting will be loosened) the next Parliament will look different to the one winding up this week.

The Committee changes, the Friday debates and the mid-term long term briefings all point to a Parliament that might be seen as more relevant by people outside Wellington.