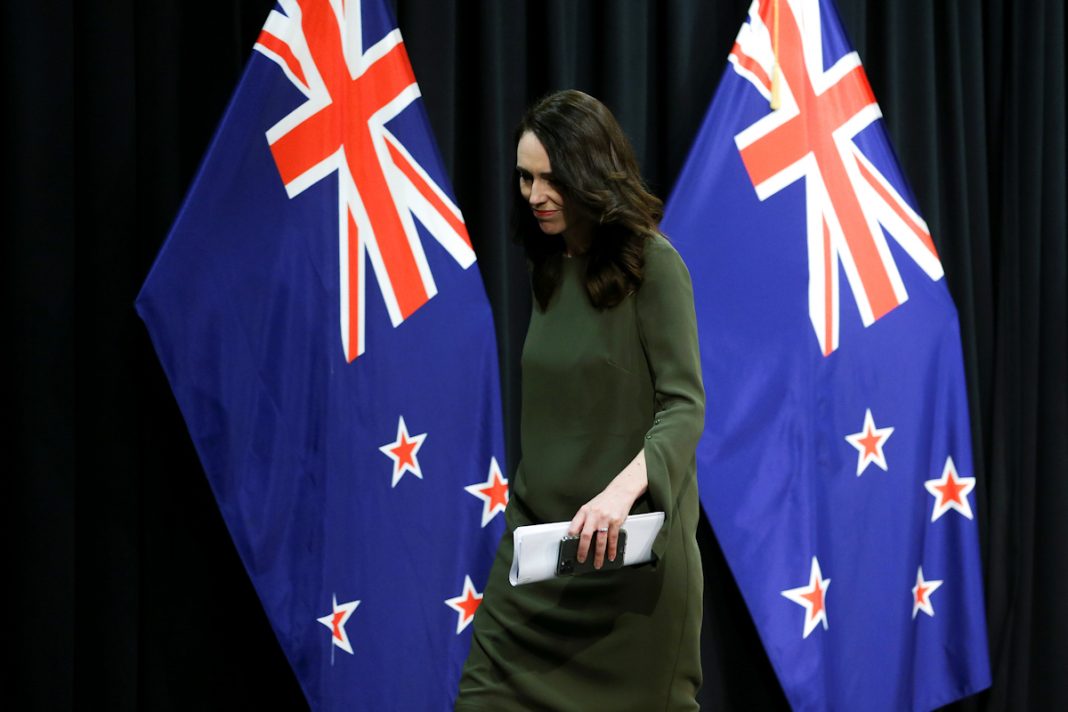 Now that Parliament is meeting again today and there will be a Question Time the Opposition is going on the warpath over Covid testing at the border.

But at the same time, the Government is moving behind the scenes, in what is a tacit admission that there have been failures, to introduce stricter systems and procedures to ensure all border and managed isolation workers are regularly tested.

All of this is happening under the shadow of the showdown over the election date.

NZ First appeared to have stared the Prime Minister down  (despite her denials) and by hinting they could withdraw confidence, forced a delay to October 17.

National is saying we can expect their questions today to focus on the Newshub revelations of last week that only one-third of border workers have been tested after the former Minister of Health, David Clark, said on June 23 that all workers — even the bus drivers taking arrivals to isolation hotels — would be regularly tested.

“This is a serious system failure that needs to be addressed if we are to keep Covid-19 out of New Zealand,” said National’s Health spokesperson, Shane Reti yesterday.

“The five million New Zealanders who made sacrifices to get this country to Level 1 deserve to know which link in the government chain failed.”

The Ministry of Health was responsible for carrying out the Cabinet directive of June 23.

The-then Minister of Health, David Clark said: “Under our enhanced strategy, priority for testing will be given to those who are most likely to have been exposed to Covid-19  which is our border and airline staff and those arriving back in New Zealand.

The Prime Minister yesterday confirmed that this was what Cabinet had asked for.

But it was not what it got.

On Friday, more than 40 per cent of Auckland staff at managed isolation and quarantine facilities had not been tested, and Newshub reported that only around a third of border staff had been tested.

Jacinda Ardern was clearly not happy with these revelations.

“When we ask as a Cabinet for something to happen, we expect it to happen,” she said.

“So of course that has not met our expectations.

There have apparently been angry meetings involving the Health Minister and his officials over the failures.

But the Director-General of Health, Ashley Bloomfield, yesterday denied that his Ministry had misled the Prime Minister into believing the testing was taking place.

“I was checking every single day,” he said.

“But that doesn’t mean we were we weren’t providing full information through.

“So it may be in the way the information was communicated.”

However, Bloomfield said that despite the Cabinet order, the testing was voluntary.

“And like other New Zealanders, many of our workers in those settings didn’t necessarily feel that they there was a need or imperative to get a test, particularly because every day when they turned up to work, they were being checked for symptoms, including temperatures being taken and so on,” he said.

There has been an ongoing frustration from within the Beehive at the performance of the Ministry of Health right from back in March when Covid lockdowns first began.

In part, that is because the Ministry is not an operational ministry yet has been asked to manage the country’s most complex public health initiative ever.

The answer to that problem is contained within Heather Simpson’s report on the future of the health sector released in June, which has proposed a new agency to manage and co-ordinate the district health boards.

POLITIK understands that the Ministry has been ordered to tighten up its testing regimes and to not allow workers who refuse tests to continue working.

National, on the other hand, are likely to argue this week that what is needed is a single unified border agency to manage the border.

This would bring together Immigration, Customs, the Ministry of Primary Industries, Transport, Police, Health and other agencies that might have interests in who crosses New Zealand borders.

Reports going back to 1989 have advocated this to successive governments; most recently to the National Government in the late 90s, but all have been ignored.

But the international border is not the only one with problems.

Under level three, people are supposed to move across the Auckland City boundaries only if they are essential workers or are travelling to their home.

Similarly, air travel out of Auckland is supposedly restricted only to those returning home.

POLITIK  travelled from Auckland to Wellington on an Air New Zealand Flight on Friday, and there was no check as to why the travel was being undertaken

For road traffic, Assistant Police Commissioner, Richard Chambers, said yesterday that as of 4 pm Saturday, more than 50,000 vehicles have gone through Police checkpoints since the regional lockdown started.

Asked by RNZ Checkpoint’s Lisa Owen whether the 49,797 motorists who police let through the border were all really essential workers or people with legitimate reasons, Chambers said that since those figures were produced, thousands had been turned around on Sunday.

“We believe that now that the amount of messaging that is out there for people to understand and help them understand that our tolerance of peoples’ excuses as to why ever should travel is obviously lower and we need to make some decisions and turn people around,” he said.

But it would seem that over 49,000 horses have bolted before the stable doors have been closed.

Police are now establishing more checkpoints on back roads out of Auckland and also requiring that essential workers and legitimate travellers produce documentation to support their reasons to travel.

All of this will be grist for the campaign mill.

But with the election nine weeks away, and the campaigns already underway, parties must now work out how to stretch those campaigns.

The National Party, which is believed to have had some trouble raising money for this campaign, had its campaign chair, Gerry Brownlee last night email its supporters.

“With the election date extended to Saturday, October 17, our campaign is now four weeks longer,” he said.

“This is critical to our campaign efforts and we really need your help to make it happen.

“Will you chip into our campaign fighting fund today?”

Only nine weeks to go.