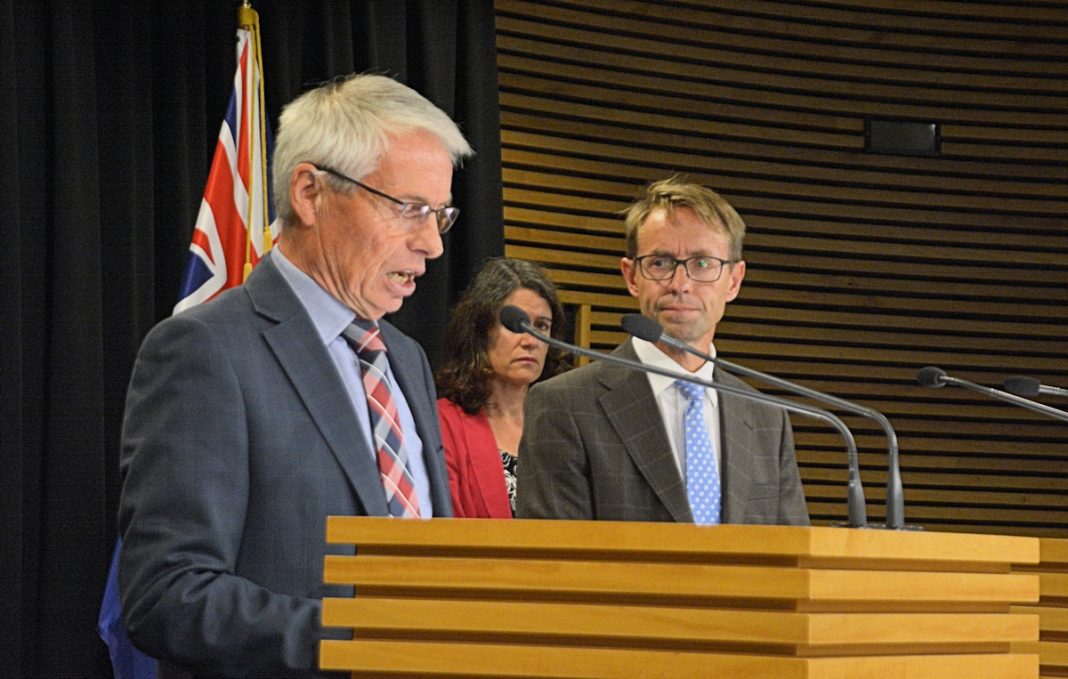 The Prime Minister is blaming her own hand-picked officials for the misleading advertising over the weekend which saw long queues of west and south Aucklanders waiting for Covid-19 tests.

A Government post on social media had said all west and south Aucklanders were required to undergo Covid-19 tests.

That directly contradicted the Government’s own advice to medical practitioners which said there was to be “no swabbing of asymptomatic patients” unless they were in at-risk categories such as border or isolation facility workers or aircrew.

The message effectively ordered 500,000 people to get a test and led to queues of cars in west Auckland as people sought to comply.

However that was not the case; they were not required to have the tests.

But Jacinda Ardern is blaming the All of Government group of top officials which reports to the head of the Department of Prime Minister and Cabinet and through him to the Covid-19 Cabinet sub-committee which she chairs.

Questions about the message — and the long time it took the Government to correct it yesterday – dominated her press conference which she had called to announce that Auckland would move out of Level Three and down to Level Two.

Ardern said the testing message was incorrect and had oversimplified the matter.

It seems the message may have had its origins within the Ministry of Health.

She was asked at her press conference if she had gone to the Ministry and said “we need to figure this out”.

“I’ve been doing that since this morning,” she said.

“You can rest assured we will get to the bottom of that.”

Otherwise, she was directing the blame at the All of Government Group which runs the Covid-19 response under the oversight of John Ombler.

She said that she understood the All of Government group had gone out to media outlets to help support “the correction of their messaging as well.”

“I’m working very hard to establish what happened here because we do need to make sure our messages are nice and clear,” she said.

“One of the issues we have, of course, is that not all of the comms is individually signed off by me.

“There need to be processes in place that make sure that we have those who are, of course, very deeply embedded in all of the messaging; we’re asking, particularly from a health perspective, to make sure they’re totally involved in the process for signing off communication, to make sure we don’t have the oversimplification of messaging because that’s what’s happened here.“

And she made it clear that the responsibility lay with the All of Government group.

“The Unite against Covid-19 (campaign) is run through the All of government group,” she said.

“So essentially that’s who I’ll be working with to make sure that we don’t have anything like this happen again.

“It is a separate process.

“Of course, there’s previously been issues raised around making sure it’s a completely apolitical process.

“So we will be making sure, though, that with them that the processes are in place to make sure it’s checked by everyone who needs to check it.”

The role of the All of Government committee has been contentious from the start with bureaucratic rivalries being played out within it and then private sector secondees like former AirNZ CEO, Rob Fyfe, complaining that its slow processes were frustrating.

There are suggestions that there are also tensions with the  Ministry of Health.

In their report on contact tracing, made public last week, a committee chaired by Sir Briain Roche suggested the Ministry could adopt a “whole of Government” approach.

“The Ministry could make even more use of the skills of the wider public sector, in particular from the uniform branch of the Government (Police and NZDF) and from those with a broader technology skillset and experience (e.g. the technology team from the Department of Internal Affairs), while these engagements should be efficient and enhance the speed at which a technology solution is found,” the report said.

meanwhile the Government appears to be getting ready for the fight against Covid-19 to be a long haul.

Documents released by Treasury on Friday show that it is forecasting that the Ministry of Health will need $2.8 million in next year’s Budget for what it calls a  “National Immunisation Solution”.

The projections would seem to suggest that funding has been set aside for six months of the 2021/22 year and then from July 2022 to ramp up to a full vaccination programme.

A spokesperson for Finance Minister Grant Robertson told POLITIK last night that if a vaccine were to be available earlier, then funding would be available.

But the worst-case=scenario type forecasting presented in Treasury’s analysis is echoed in other moves.

POLITIK  understands that the Ministry of Business, Innovation and Employment is seeking more managed isolation rooms in Auckland and that the request is for rooms to be available for two years.

Currently, there is space for 4766 returnees in Auckland, and 3589 people were in isolation there as at August 27.

The Ministry if also seeking communications staff for the All of Government Group and offering two-year contracts.

Given the failure of communications over the weekend, they might need those new staff with some urgency.