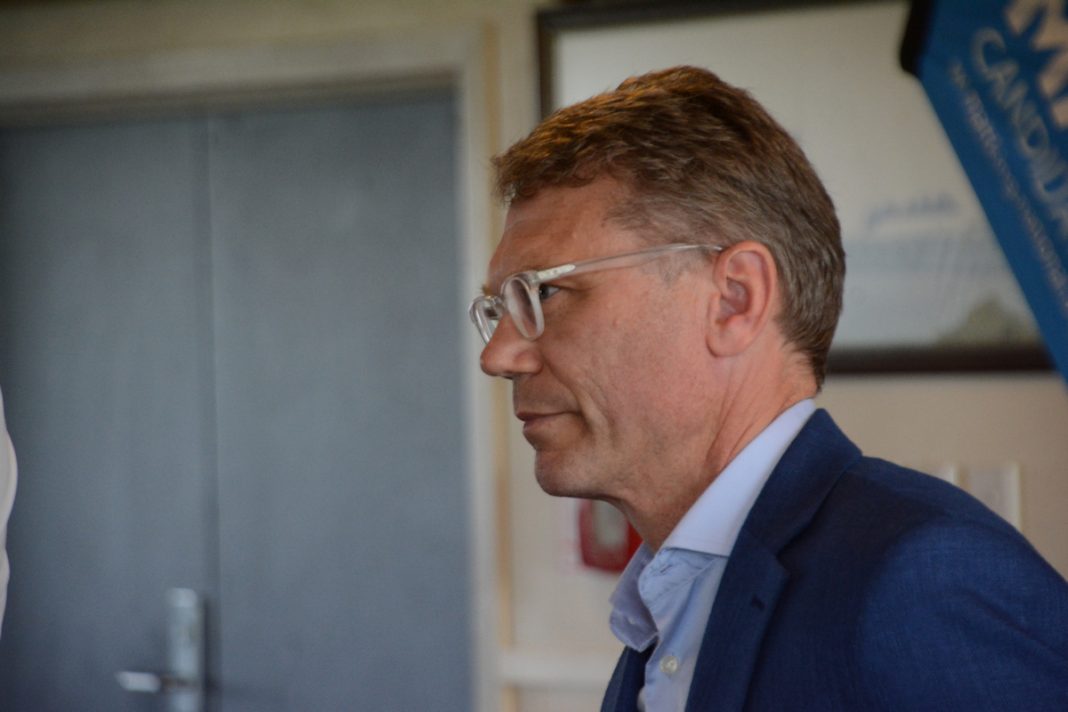 The election campaign took a subtle turn yesterday as both Labour and National began to adjust the emphasis they were putting on various policies as more polling data came in.

The most notable announcement was from Labour with its proposal to have New Zealand Aluminium Smelters negotiate with Transpower over the transmission charges paid by the Tiwai point smelter.

Labour’s move, while not quite a “u turn” displayed a markedly different policy over the proposed smelter closure to what it had back in July.

Since then both NZ First and National have gone to Invercargill and promised they would try and find a way to stop the smelter closing.

In July NZAS announced that they would wind down the smelter’s operations and close it in August next year.

That announcement was greeted with resignation by the Government.

Robertson said though it was a very sad day for Southland, but there were also opportunities attached to it.

Minister of Energy and Resources Megan Woods said the Manapōuri Power Station, which supplies power to the smelter, could be hooked up to the grid to supply energy to the North Island.

But it would appear Treasury reports on the viability of this may have persuaded the Government to try and keep the smelter open.

Transpower has estimated it will cost at least $600 million to upgrade the national electricity grid to get the power from Manapouri to the northern north island.

At the same time, NZAS pays $60 million a year to Transpower, which if the smelter closed, would have to be added to the power bills for all New Zealanders.

A Labour Party “fact sheet” issued yesterday to background the decision to negotiate with NZAS concedes the transmission price argument.

“Because of the way transmission costs are distributed, if the Aluminium Smelter closes in August next year as announced, all transmission charges they currently pay would need to be immediately redistributed to other businesses and consumers,” it says.

“We recognise there is value in enabling a longer lead time for this redistribution, to keep power prices for other users stable in the coming years.”

That was plainly Labour’s political imperative; to cut off any suggestion that they would raise power prices in their next term.

NZAS has previously said they need a reduction of $40 million a year to stay viable. Under a new transmission pricing regime, they are currently being offered a $10 million reduction so the Government looks likely to have to stump up only around $30 million a year which would compare favourably with the opportunity cost of the smelter closing and an extra $60 million having to be found to maintain the grid.

However, the move is opposed by environmentalists.

Greenpeace Climate and Energy campaigner, Amanda Larson, said “Any Government support for Tiwai needs to have strings attached. Rio Tinto must be required to properly deal with its toxic waste for good.

“The smelter also needs to start paying for its carbon pollution, as other companies do.”

Larsson said if Labour was in Government next term, it must ensure this deal was the Government’s last with Rio Tinto.

“If Labour is serious about a just transition plan for Southland, they need to create new employment opportunities now, so that massive corporations can’t just keep holding jobs to ransom in exchange for more government handouts.”

The danger for Labour is that moves like the one to deal with the smelter might persuade some of its supporters to swing their votes to the Greens.

A One News Colmar Brunton poll last night showed that Labour’s vote share had dropped by one per cent to 47 per cent; that one per cent appears to have gone to the Greens who were up to seven per cent. So, though the centre-left block has not changed since last week’s poll, last night’s poll would mean that Labour needed to form a Government with the Greens to govern. There is a caveat on this in that the Oner News Colmar Brunton poll has a margin of error of plus or minus 3.1 per cent.

The poll also showed a slight increase (two per cent) in National’s support and a one per cent increase in ACT’s support. It seems that support is moving from smaller parties like NZ First to National and ACT.

National’s strategy appears to be to contest the votes going to ACT in a bid to save as many of its MPs it can.

ACT Leader David Seymour yesterday dismissed National as a party that was, in effect, Labour light.

Maybe stung by that, Goldsmith yesterday was much more emphatic in reclaiming his party’s free-market economic credentials.

Goldsmith agreed that the economy would need a stimulus.

”You can have this Government firmly believe that Phil Twyford and Jane Jones and James Shaw are best positioned to decide how to give that money out with their various projects and various shovel ready things,” he said.

“We firmly believe that the best people who are able to handle that extra money is New Zealanders themselves.

“And the fastest way to get that money into the economy is through tax relief.”

And Goldsmith also picked up on an issue pursued by NZ First Leader, Winston Peters, on Friday; a suggestion that the Government would soon reach a settlement over Ihumatao.

Peters framed his opposition within the overall slogan of “One law for all”, but Goldsmith took a different tack.

First, he said the Prime Minister’s intervention had stopped more houses being built there.

Then after Robertson said hew as sure a deal could be done there, Goldsmith said there were two aspects of any deal that concerned him; one the possibility that private land could be used to effect a Treaty settlement and secondly that opening up an existing settlement could set a precedent.

“This is a colossally important issue that that that they’re sweeping under the carpet, hoping to get away with doing nothing to the election,” he said.

But highlighting it, and it was Goldsmith who introduced it into the debate, is a subtle dog-whistle to NZ First supporters who have long opposed much of what happens around  Treaty settlements.

There will be more of this as the campaign moves towards voting as the politicians, in the words of the late David Lange “massage politically erogenous zones.”

We are now in that part of the campaign where small percentages matter.

None of this is likely to change who forms the next Government; Labour is still ahead, and even if it has to include the Greens, the centre-left block would have a majority of 16 over National and Act. It’s still a Labour landslide.

Sorry Roger; time to move on