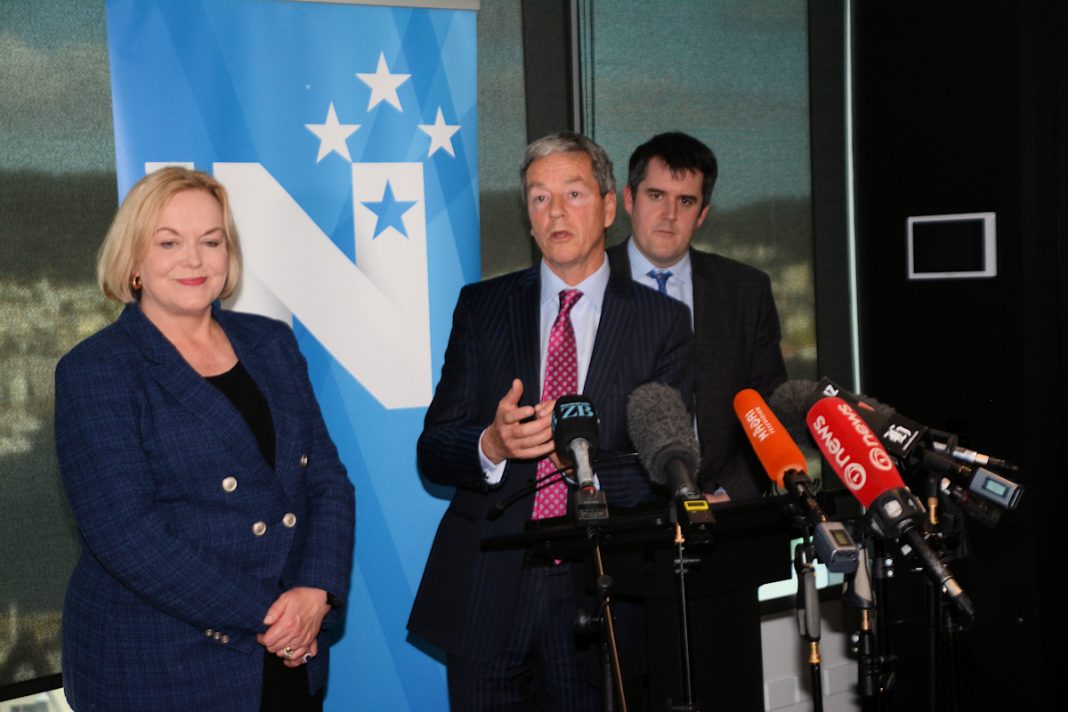 Judith Collins appointment of Andrew Bayly to a new role as National’s  Treasurer spokesperson would seem to bring an end to over ten years of the party’s economic policies resting on tax cuts.

In a paper he produced as a backbencher at the start of the Covid-19 lockdown back in April Bayly questioned whether tax cuts would provide the stimulus that would be needed to counter the Covid recession.

And speaking to POLITIK yesterday Bayly said the future of tax cuts as party policy was a conversation the caucus needed to have.

He said people misread National’s election campaign proposal to lift tax thresholds as a temporary measure to expire in March 2022.

“People sort of misread that and thought all we were keen on doing was tax cuts,” he told POLITIK.

“What we were keen on doing, was doing a stimulus package that was trying to keep the economy really rocking for a short time.

“And it had a finite date on it at which point we were proposing to get back to where we were not proposing to lock them in in perpetuity.”

Bayly is clearly sceptical about the value of income tax cuts.

In his paper, he said: “My personal view is that circumstances have changed.  Tax cuts only favour those still working and are only realised progressively through PAYE reductions during the course of a year. And once in place, they cannot easily be changed.”

The man Bayly has replaced, Paul Goldsmith who Judith Collins has demoted from three to twelve in her caucus lineup not only wrote a book on the history of tax but persistently advocated tax relief as a major plank of National’s economic policies.

In February, before Covid, he said the party’s election manifesto would “drive growth and higher incomes with an economic plan that combines tax relief, an assault on costly regulation, investment in quality infrastructure, a determined effort to reduce household costs and relief for small businesses.”

Goldsmith, who is close to former National Finance Minister, Ruth Richardson, was echoing what was fundamental National economic policy under John Key and Bill English who lowered the top income tax rate from 39 to 33 per cent between 2008 and 2017.

Bayly does support many tax relief measures; his paper supported the party’s proposals for faster depreciation write-offs for business along with raising personal tax thresholds with inflation to prevent fiscal drag.

But, even so, his scepticism about the long term effectiveness of income tax cuts in the current environment marks a break with National Party orthodoxy.

And yesterday he offered a more nuanced response to the Reserve Bank who at its Monetary Policy Statement briefing announced ghat it will press ahead with a $28 billion “Funding for Lending” programme which will see the bank lend trading banks and financial institutions low-interest money to allow them to provide economic stimulus with low-interest funding to business and individuals.

He said that currently, bank lending showed agriculture and property development were not getting the level of funding that individuals and business were.

He was particularly concerned with how this was impacting the housing market.

So though he is not opposed to the concept of the Reserve Bank providing billions of low-interest loans, he is concerned about who the money is ending up with.

“We need to keep funding but what we don’t want to see is a perverse event where we’re basically funding the sale and purchase of existing houses that are easily securitised and not supporting the more productive parts of our economy,” he said.

Bayly will have the authority to lead this debate within National.

His rise to be ranked three in the caucus has seen him overtake not only Paul Goldsmith but also the former leader Simon Bridges who turned down the Treasurer role because Collins intended to split it.

She has done that and Bayly will be backed up by Michael Woodhouse who will become Finance spokesperson.

Bridges is now ranked seven with justice, water Pike River Re-entry and Māori-Crown Relations. Bayly has also been promoted over the top of Chris Bishop who is ranked eight and has lost his Transport spokespersonship but retains his role as Shadow Leader of the House and is now responsible for the Covid-19 response.

Collins said that Bayly and Woodhouse would both lead teams of other portfolios — in effect making them de facto deputy leaders.

She said Bayly would be directly responsible for revenue, budget preparation and review, monetary policy, Kiwisaver and the New Zealand super fund.

Woodhouse would have primary responsibility for the monitoring of government expenditure, fiscal settings debt and interest rates.

Collins cited the Australian practice of having both a Treasurer and Finance Minister as an inspiration for her decision.

But the Australian experience is not directly translatable to New Zealand because the management of the economy is split between the Federal and State Governments.

Each Minister is also served by a separate department whereas when this approach was last used in New Zealand, by the Bolger Government with Winston Peters and Bill Birch between 1996 and 1998, both Ministers were served by Treasury.

In other moves announced yesterday the former Air New Zealand CEO, Christopher Luxon, has been given responsibility for Local Government,  Iwi Development and is Associate Transport spokesperson. The former leader Todd Muller has taken Todd McCaly’s Trade and Export Growth spokespersonship as well as Internal Affairs.

But the focus will be on Collins herself and her two finance spokespeople.

The early indications are that we are going to see an end to the Key-English-Joyce-Goldsmith economic policies and instead a new manifesto drafted with the post-Covid age in mind.

Shaking up the Nats