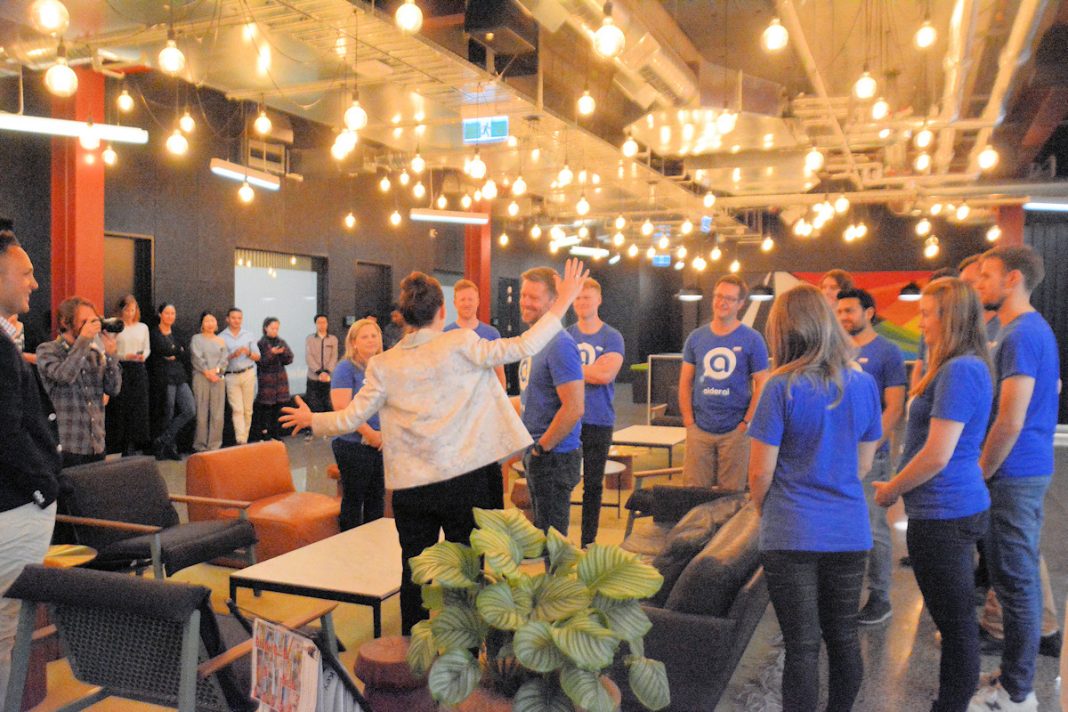 The Prime Minister’s strategy of “jawboning” the banks into restricting lending for housing investment was beginning to look like it was working last night as a major bank moved to restrict lending to investors.

It came after another set of statistics showing the housing markets was soaring up to new records.

It seems that the Beehive is speaking loudly, hoping the Reserve Bank will hear and  as the Reserve Bank Governor confirmed on Wednesday, the Bank is expecting that the trading banks will then act on their own initiative ahead of any move to impose Loan to Value Ratio limits.

And last night that approach appeared to be working with a major bank imposing its own LVR restrictions on housing loans.

The Real Estate Institute of New Zealand reported yesterday that the median house price across New Zealand had jumped by 19.8 per cent for the year ended October 31, 2020.

The nationwide median house price is now $725,000, and in Auckland, it has reached $1 million.

” While this is a significant milestone, it raises serious questions around future affordability for Auckland residents wanting to get a foot on the property ladder,” said REINZ CEO, Bindi Norwell.

The Prime Minister, Jacinda Ardern, had intended yesterday to show off the Government’s continuing support for small business affected by Covid-19.

But a press conference after a visit to a Northcote software company designed to promote the Government’s policies was solely about housing. And she too highlighted the plight of first home buyers.

“We want to ensure that our first home buyers can get into the market,” she said.

“That is something that is top of mind for us.

“What I keep a really close eye on is the data around those first home buyers in the market.

“And we’ve actually seen an increase since 2017, and at the same time, we’ve seen the number of investors in the market staying about the same.

“That’s not to say that we aren’t concerned around what’s happening with prices and that accessibility.

“We have to make sure we continue to build houses, that we’re making it as easy as possible for developers to be building houses and we know in that space there is more to do.”

But NZ Initiative economist Dr David Law said yesterday that it was accommodative monetary policy that was increasing housing demand and he singled out investment-buying.

“The Reserve Bank is undertaking a $100 billion programme of quantitative easing,” he said.

“These two decisions alone will raise the returns from investment in housing and increase pressure on house prices, particularly as supply is constrained.”

Ardern yesterday seemed concerned about the impact of investor buying.

She said the Reserve Bank was interested in what’ was happening with the investment market and that the money flowing into that marketwas also causing the potential for heat in the market for others who would be looking to buy.

That s why the Reserve Bank was thinking specifically about the way the  LVRs s were used and that consulting on that now would potentially make a difference.

But asked specifically if she wanted to see the Bank target property investors, Ardern was clear that the Government was limited in its ability to direct the Bank.

“That is a decision for the Reserve Bank, so obviously we cannot give any instruction in that space,” she said.

“But it is fair to say that we do have concerns around, as we always have, affordability.

“A house is one of the most significant asset that most families will have.

“And of course, they will want to make sure that their asset retains its value.

“But at the same time, we have to make sure that people can access the housing market.”

So the Beehive policy is to make statements on the housing market and hope and assume that the Reserve Bank is reading them.

The Bank is then, in turn, prodding the trading banks to get into line.

That much was more or less confirmed by Reserve Bank Governor Adrian Orr at his Monetary Policy Statement media conference on Wednesday.

“We expect banks themselves to be the ones who are lending responsibly and managing that capital allocation and avoiding undue risk,” he said.

“I could imagine banks have already heard the message that we are prepared to consult.”

And last night that strategy appeared to be working with the ASB announcing it was moving immediately to increase the minimum deposit required from investors.

ASB’s Chief Executive Officer Vittoria Shortt said, “ASB believes a balanced and sustainable housing market is in the best interests of all New Zealanders. While we appreciate the RBNZ taking the time to consult, this is about helping Kiwis build their financial futures during exceptionally challenging times, so we are choosing to take this step now.”

“The number of applications we’re receiving is at an all-time high, up 70% on this time last year, and while the proportion of first home lending is up, we have observed since COVID-19 a rapid increase in lending for investors.

“If this increase in investor demand continues, it could lead the country down a potentially unsustainable path.”

And Ardern hinted yesterday that the Government might also consider offering more assistance to first home buyers to help them save enough for a mortgage.

“Many people will be paying the kind of rental that would allow them to sustain a mortgage,” she said.

“The big issue for them is how do they access homeownership in the first place when deposits are as substantial as they are required to be, particularly in places like Auckland.

“That’s where those products like those welcome home loan schemes and the changes we’ve made there can and will make a difference.

“I want to look again at whether or not there is more we can do to help overcome that big, significant hurdle.”

There is a political debate about how to restrain house prices.

National’s election manifesto favoured property investors with a relaxation of the Brightline test and a restoration of the right to offset rental property losses against personal income for tax purposes.

But ACT Leader, David Seymour, like the Government, wants to target the Reserve Bank’s quantitative easing, which is flooding the market with very low-interest money.

He would have the Bank consider asset prices when setting the Official Cash Rate.

“Actually, it’s not going to be one thing; it’s going to be a range of initiatives that this market needs,” she said.