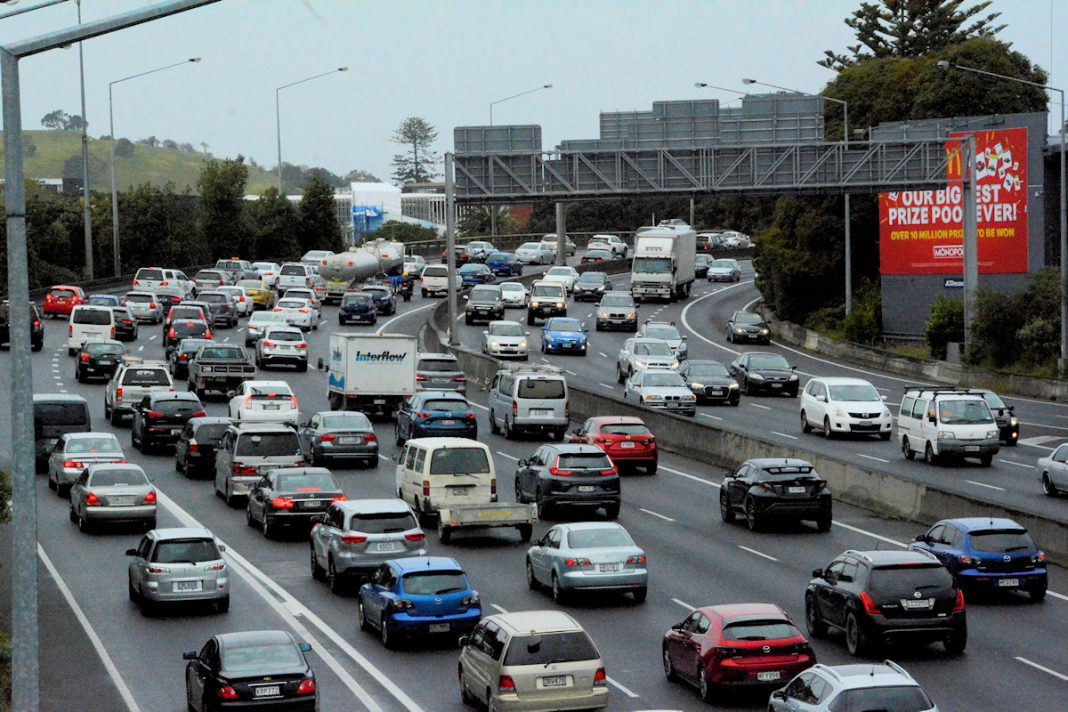 The Government looks set to try and ask National to put its votes where its mouth once was over congestion charging for Auckland.

Transport Minister Michael Wood told POLITIK last night that he had asked National to work together on the issue through a select committee inquiry as a next step.

This was in response to the publication yesterday of a Treasury/Ministry of Transport/Auckland Council/NZTA report on traffic congestion in Auckland.

National has yet to respond to his challenge.

But in 2016 then-Transport Minister Simon Bridges kicked off the work that led to yesterday’s report.

The report proposes a congestion charge of either $2.30 for a trip within the Auckland isthmus or 12 cents a kilometre on the main road corridors within the city.

Charges would vary according to the time of day with peak charges at peak time and the possibility y of no charge from 7.00 p.m. to 5.59 a.m.

The objective of the charge would be primarily to reduce the number of vehicles on the road through the report does suggest the money raised could be used to provide other transport infrastructure.

The report had its origins in 2016 when Simon Bridges was Transport Minister.

He was the Government Minister responsible for the Ministry of Transport’s participation in the Auckland Transport Alignment (ATAP) project which drew up what is now the blueprint for the future of Auckland’s transport for the next 30 years.

That report proposed that the Government consider congestion charging.

“A work programme, which could start this year, would be needed to address a broad range of implementation challenges.”

It is that work programme which was reported yesterday, over four years after it was originally proposed.

It was cautiously welcomed by the Auckland Employers’ And Manufacturers’ Association (EMA) who have been campaigning for some time about the impact traffic congestion in the city is having on business there.

More work would be needed to convince the public and the freight industry of the benefits and productivity gains before charges could be introduced, said EMA Head of Advocacy and Strategy, Alan McDonald.

“Those reductions would make travelling on Auckland roads the same as driving during the school holidays all year round,” he said.

“But overseas experience shows introducing trial periods is worthwhile to demonstrate the benefits to the private and freight sectors of road user charging.

“For freight and business traffic users, they need to be convinced that productivity gains from less time on the road will accrue and offset the additional costs of congestion charges.”

The congestion study quotes various reports estimating the current cost to the economy of congested Auckland roads at $1.2 billion and the savings from decongestion of between  $0.9 billion and $1.3 billion.

A report from the New Zealand Institute of Economic Research suggested there could be other, harder to quantify,  benefits from decongestion:

That figure contrasted with 33.5 per cent total emissions from industry and 9.2 per cent from agriculture.

Clearly, any serious attempt to reduce the country’s GHG emissions is going to have to address road transport, and decongestion might be a critical tool.

There is, however, considerable caution about introducing congestion charging despite overseas evidence suggesting that publics quickly adapt to itExperience shows that where road pricing has been introduced, the new norm is rapidly accepted, and pricing is then supported by the overall population affected.

”Experience shows that where road pricing has been introduced, the new norm is rapidly accepted, and pricing is then supported by the overall population affected,” a technical report attached to the main report said.

Nevertheless, the report is proposing that one way of introducing charging could be to phase it in beginning in 2025 with a charge for the Central Business District followed in 2028 by that extending out from Mt Wellington to Albany but not including West Auckland which would be included along with Howick and East Auckland some time after 2028.

Wood quotes the report when it says that the availability of alternative transport modes on routes to be included in the charge would be a factor in determining the timing of implementation.

The key dates there would be the Central Rail Loop scheduled to be ready in 2024 and the North-Western Busway which is projected to begin construction in five years.

In 2016 Bridges was cautious about the idea of congestion charging but where there may be a difference between National and Labour could be in what happens to the revenue from charging.

Bridges argued that congestion charging should be fiscally neutral and revenue could be offset against reductions in other transport taxes.

The report says If a decision is made to introduce congestion pricing, scheme revenue after operating costs are accounted for, should be used to reinvest in public transport or other alternatives to provide more people with practical alternatives to paying the charge, helping to reduce the financial impact.

It could also fund targeted mitigation measures to those identified as being severely negatively affected by the scheme.

“There may also be an opportunity to use some of the net revenue to offset the Auckland regional fuel tax,” it says.

“Ensuring clarity on how revenue would be used is critical to building public acceptance.

“It also helps for at least some of the revenue to be applied to roads, demonstrating a clear benefit to those paying to use the roads.”

The need for something to moderate traffic demand in Auckland is becoming urgent.

The report cites an Auckland Council report showing that traffic is now rated as a greater impediment to business operations than any other single factor including finance and staff.

Detailed transport modelling undertaken by the report’s authors indicated that continued rapid population growth was projected to lead to increases in demand for travel, with total daily trips by all modes rising from 5.4 million in 2016 to 7.8 million by 2046; an increase of 44%.

“Although public transport and active mode shares are forecast to increase significantly, supported by large investment programmes, the distance travelled by private vehicles is still expected to grow by 50% – increasing the pressure on the road network,” the report said.

“This translates into double the number of motorway lane kilometres subject to severe congestion and congestion spreading from the Bombay Hills in the south to Redvale in the north.”

There are 22 electorates within the area covered by the report; that is nearly 35 per cent of all the general electorates in the country.

That is a measure of the size of the problem and the potential of the political pressures that will be brought on Governments to solve it.