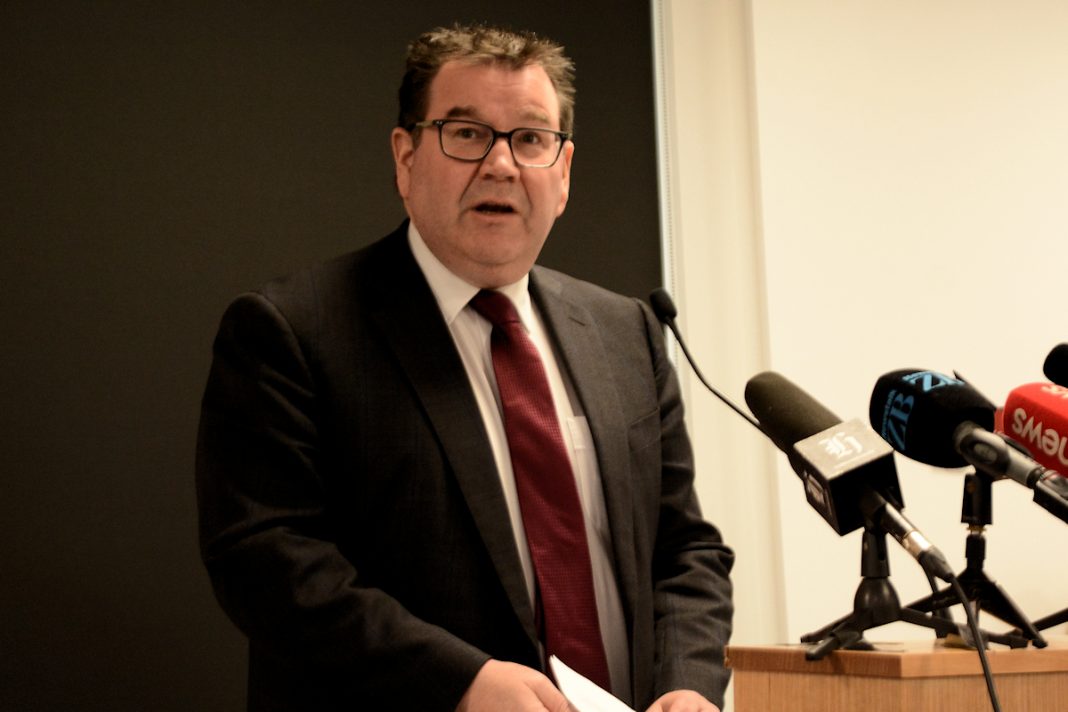 Go back eight months; the country was in lockdown, and Treasury produced a series of economic scenarios sketching how Covid might play out.

The most startling was that unemployment could peak at 13.5 per cent this year and fall to 8.5 per cent next.

Finance Minister Grant Robertson yesterday unveiled Treasury’s latest forecasts in the Half Yearly Economic and Fiscal Update (HYEFU), and they showed unemployment now peaking in 2022 at 6.8 per cent.

That compares with a peak of 7.6 per cent in 2021 in the Budget forecasts and 7.7 per cent the same year in the Pre-election forecasts.

Simply, the HYEFU shows that the Government has bought its way out of Covid.

Robertson is estimating that the total Covid spend will be $50.1 billion against the $40 billion Treasury assumed when it produced its April scenarios.

But this is a Labour Government, and it was election year and what Robertson was obviously focused on were those unemployment figures.

“I have to say the prospect of nearly 10 per cent unemployment was not something I wanted to be part of,” Robertson told the HYEFU media briefing yesterday.

“And so we’re very pleased with the way that we have done, particularly with the wage subsidy scheme that retained people in their jobs and gave businesses space and time to decide what to do.

“These are only forecasts, of course.

“But our view is that the measures we’ve taken have contributed significantly to keeping unemployment at a lower rate.”

But behind those “global” unemployment figures is a more nuanced picture which shows some sections of the workforce have been hit harder.

Treasury says the number of people on Jobseeker Support and COVID-19 Income Relief Payment has increased by around 60,000 since March 2020.

“Pre-COVID-19, Māori and Pacific people were the biggest recipients of Jobseeker Support, and they have continued to increase the most since March 2020,” the HYEFU says.

“Auckland had the highest proportion of jobs supported by the Wage Subsidy Scheme (63% of jobs supported) as the industries and groups affected by COVID-19, such as services sectors, are more heavily represented in Auckland, while less-affected industries (such as agriculture) have a relatively lower representation in Auckland.

“The underutilisation rates among women increased from 12.8% in March to 16.2% in the September quarter.

“This sharp increase has been driven by an increase in the number of women in part-time work who want to and are available to work more hours (the ‘underemployed’).

However, overall, everybody is not going to be as well off as was predicted in the Budget forecasts but slightly better off than the PREFU predicted.

However, the economy overall is now expected to be in a stronger position 2024 with an OBEGAL deficit of $4.2 billion and a net debt to GDP ratio of 46.9 per cent.

That deficit is down $700 million from the Budget forecast, and the debt ratio is down from 53.6 per cent.

Robertson was sanguine about the debt yesterday.

“Things are better than we expected, but still well ahead of where we have been used to,” he said.

“We’ll make our decisions about the budget and where the debt levels sit at the end of that during the budget process.

“We have not done that yet.

“I do think and I’ve said this multiple times; you do need to get used to the fact we will have higher levels of debt than we have got ourselves used to over the last couple of decades or so.

“And we do need to be aware of the significance of a shock like this.”

One of the areas that National has chosen to attack Labour on has been its debt and the Opposition’s argument that Robertson should be reducing it faster.

He said that the balance between reducing debt “and investing in some of these very important areas is the exact nature of the budget process, and we haven’t finished that.”

“Compared to the Pre-election Update, the fiscal outlook has improved and is largely a result of stronger economic activity than previously forecast, which improves the outlook for tax revenue and the labour market, and this, in turn, reduces benefit expenses,” it says.

“Funding of $10.3 billion remains unallocated from the COVID-19 Response and Recovery Fund (CRRF), which has been included in the fiscal forecasts.

“The Government has stated an intention to focus spending, from the unallocated portion of the CRRF, on any resurgence of the virus and other essential COVID-19 pandemic related.”

The HYEFU says the improvement in OBEGAL deficits flows through to the forecasts for core Crown residual cash and net core Crown debt; however, the impact from the Funding for Lending Programme (FLP) announced by the Reserve Bank of New Zealand (Reserve Bank) also impacts these indicators.

“The FLP is expected to initially increase core Crown residual cash deficits and net core Crown debt in the first three years of the forecast period, but this then reverses as the loans issued are repaid,” it says.

There are also the usual risks to the fiscal projections. These include:

There is a significant risk that DHBs’ deficits may be higher than what has been included in the fiscal forecasts, which would adversely impact the Government’s operating balance and net core Crown debt. In particular, the DHB sector is likely to face significant cost pressures in the future to maintain the delivery of existing services.

“The Government does have choices for meeting future cost pressures if they eventuate. However, given current policy settings, constraining or reducing expenditure over the forecast period while maintaining existing services would be very difficult. DHBs will be likely to require additional revenue to manage growing deficits.”

But overall, Robertson was pleased with yesterday’s Update.

“Thethe year has provided many reasons for us to be proud as a country, particularly around how we have responded to the public health challenges and economic effects associated with Covid-19 the need to shift to alert level four and the ongoing economic impacts of the pandemic,” he said.

“It means that New Zealanders have had to rely on one another in ways that we rarely have in the past.

“This is true at the community level and the level of different sectors of the economy and also in a nationwide level with the extraordinary steps the government has had to take to keep New Zealanders safe and has been followed by a fiscal policy response aimed at keeping New Zealand households and firms at work.”

How the lockdown end may be a false dawn