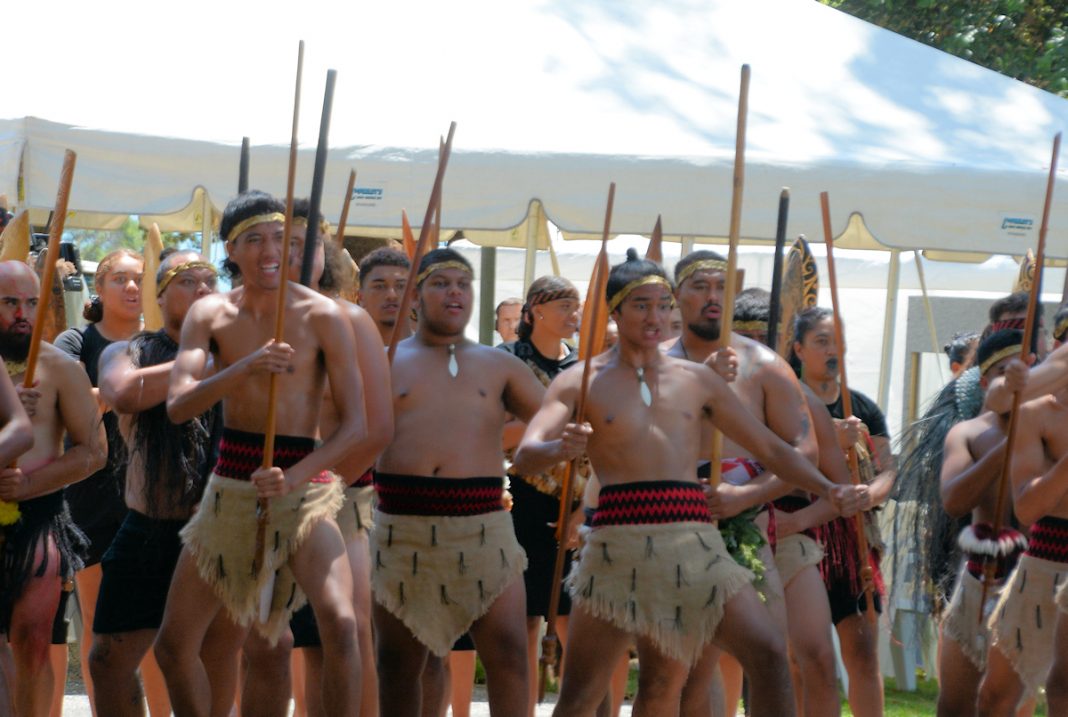 In response to growing calls for more Maori control of institutions which affect Maori, the Prime Minister yesterday suggested she was considering expanding the powers of the proposed Maori Health Commission.

Her revelation that this was now on the table came during a press conference on the upper Marae at Waitangi where earlier Jacinda Ardern had heard calls for more Maori control in health, education and corrections.

Yesterday was the political day at Waitangi, and though there were none of the tensions of even three years ago, it is clear that Maori want more from their relationship with the Government.

In a sense, Ardern was able to offer “more” with the $150 million advance on the Ngaphui settlement and the confirmation that the first Matariki holiday will be on Friday, June 24 next year.

But not far below the surface in some of the speeches welcoming the politicians to Waitangi, was a claim for more Maori sovereignty in areas where the state intersects with Maori.

Ngapuhi elder, Hone Sadler, speaking in Te Reo but with a translation provided by the Waitangi organisers, asked why so many Maori were in jail and questioned whether Maori children fitted into mainstream schools.

“Most of them in mainstream schools are failing before they reach the age of 12,” he said.

“However, within Maori schools, most are succeeding.

“They are succeeding because they know who they are.”

Sadler said that Maori could take care of their own health problems “because they are our people; those who die from suicide, sudden deaths; we must find a solution for our children.”

The Simpson Report into the Health and Disability System last year rejected the idea of a separate Maori Health agency.

Instead, it said,  “the Review believes that Māori equity will be enhanced through accountability of the entire health and disability system to address equity issues at all levels.”

All it proposed was a Maori Health agency which would act as a research and policy advice entity.

Maori were furious, and POLITIK has been told of tense and angry confrontations between the Review chair, Heather Simpson, and Maori over her proposal.

Associate Health Minister Peeni Henare was last year equivocal about Simpson’s proposal and said he was open to a Whanau Ora model for health where a central agency would commission Maori providers to deliver health services to Maori.

Sadler’s comments about Maori taking care of their own health problems were put to Ardern at a press conference yesterday afternoon.

“These are the very debates we’re having in the establishment of the Maori health agency,” she said.

“As a starting point should be what we’ve done to date hasn’t worked;

“How are we going to do it differently?“

“We have significant inequalities.

“And so that’s what we’re trying to work through.

“What will make the biggest difference?

“It has to be, though, about giving a seat at the table.

“We’ve already done that with the DHB. Now we need to keep going.”

Ardern said the Government was not ready to make any announcements about the future of Maori health but “at the point where we’ve got a little more to say on that, we will, but we have heard the calls for change.”

The health issue is part of a bigger issue and that is the way the place of the Treaty of Waitangi in the New Zealand public policy framework is changing.

Certainly, Waitangi itself is changing. The only hint of its often confrontational and angry past was veteran protester, Titewhai Harawira, now confined to a wheelchair, holding the Prime Minister’s hand as they walked on to the Marae.

But though peace has returned to the site where the Treaty was signed 181 years ago, attention is now turning to what it means today when it talks about tino rangatiratanga. In other words, what does Maori sovereignty mean.

Ngati Hine elder, Waihoroi Shortland suggested Waitangi was a place where the Government could come and account to Maori.

“Waitangi is the one place where we all get to reset the way we navigate the scene,” he said.

“We are here to set the compass of where the nation is going; the Maori nation and the whole nation.

In  a subtle dig at Don Brash and his Hobson’s Pledge movement with its “we are one people” slogan, Shortland said, “we are one nation, but don’t misinterpret it.”

And there was a surprising intervention from the Governor-General, Dame Patsy Reddy, who held a lengthy press conference to explain her comments on an NZRe documentary in which she said New Zealand retained its links with the Crown because of the Treaty.

Reddy said that it was important that we held to our history and had one of the Treaty partners as head of state.

“Whether the constitutional framework becomes a republic or whether it stays with a constitutional monarchy, I think it’s important to continue that connection with our history,” she said.

“I live with what we have at the moment.

“I think my role is essentially a figurehead.

“I’m representing the concept of the treaty partner.

“So if you think back to 1840, it wasn’t really Queen Victoria who wrote the Treaty.

“It was here in her central role as sovereign that was represented.

“And I’m representing that role here.”

Reddy’s comments are likely to be seen as another step along the way to regarding the Treaty as the source of all New Zealand’s constitutional authority rather than the British Crown.

But it wouldn’t have been Waitangi without a quirky story, and that came from National’s Deputy Leader, Shane Reti, speaking in Te Reo, who explained that an ancestor, had in 1834, tried to shoot James Busby (the British Agent at Waitangi).

He partially succeeded and shot lodged in Busby’s face.

As a consequence, he lost all his land “like National lost the last election”.

“We lost the power to govern this land.”

Treaty to be at centre of education