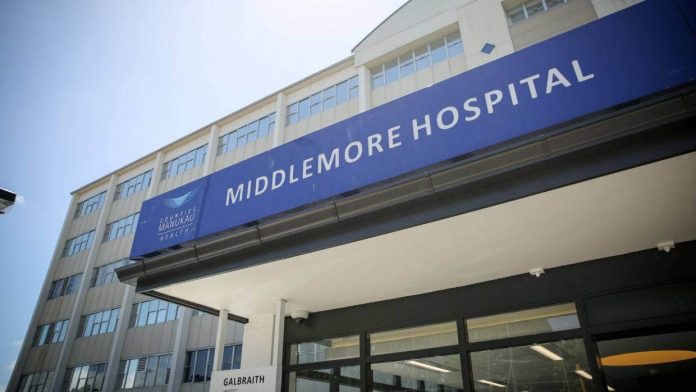 There are calls for a new hospital in south Auckland as its existing facility, Middlemore, gets set to celebrate its 75th birthday.

The hospital was originally built in 1943 for United States military personnel serving in the Pacific in World War II. It opened to the general public on May 3, 1947.

It now caters for a population of 578,650 people and serves some of the most socio-economically deprived communities in the country.

It also has the busiest emergency department (ED) in the southern hemisphere.

An ongoing staffing shortage and decaying infrastructure have also been causes for concern over a number of years.

A healthcare worker who spoke to Local Democracy Reporting, who wanted to remain anonymous, said the hospital was showing its age.

She said it had been added to in a piecemeal fashion over the years to increase services.

While staff did everything they could to help serve the needs of the community, Middlemore Hospital just wasn’t big enough, she said.

“The area’s population has outgrown the hospital. Some days there’s nowhere to put patients because there are no beds on the wards.”

She said a new hospital was desperately needed for Counties Manukau.

“It’s long overdue, the problem is they should have started work on it 10 years ago.”

Parliament’s health select committee carried out an annual review of Counties Manukau DHB in 2021 and said Middlemore Hospital was regularly “operating at or above 100% capacity”.

“Counties Manukau DHB is trying to fit more services into its existing facilities, and increase its workforce, but is increasingly running at the limits of its infrastructure.”

The committee asked what plans were in place for a new hospital in the area.

“Counties Manukau DHB noted that investment planning for the entire region points to the need for a new hospital, and Counties Manukau is probably where that hospital would go.”

“But there’s still a need for a new greenfields hospital in the south Auckland area, because there’s a limit to what they can achieve at Middlemore,” she said.

Continually trying to upgrade existing health facilities that were past their use-by date had its limitations, she said.

“That number 8 wire approach has served us well in the past, but it’s a terrible way to develop hospital services.”

The deputy director general of the Ministry of Health’s infrastructure unit, John Hazeldine, said it was working with the district health boards in the northern region (Auckland and Northland) to develop an infrastructure roadmap.

That was expected to be completed in late 2022 and would look at the demand for both hospital and community-based services across the region.