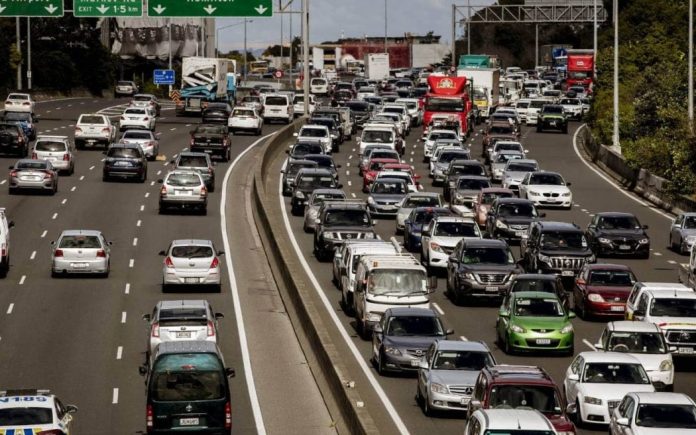 An Auckland councillor says any plans to introduce congestion charging in Auckland will unfairly affect people in lower-socioeconomic areas like south Auckland.

The Government is expected to make an announcement on Monday about the issue as part of its Emissions Reduction Plan. But any charge might not be introduced until 2025.

It follows the release of new research by the Helen Clark Foundation and consultants WSP calling for the introduction of congestion charging in Auckland.

Titled A Fair Charge for Better Cities, the paper recommended creating a cordon around the city’s CBD where motorists would be charged for entering the area and would help reduce both traffic and emissions.

The paper said it would also be more equitable and have less impact on lower income communities, such as south Auckland, where people are less likely to commute into the city centre.

“Travel data shows that most people who commute to and from the CBD use public and active transport, and most come from more affluent suburbs.”

It said introducing congestion charging outside the CBD couldn’t be justified at present “due to the lack of public and active transport alternatives”.

But Auckland Maungakiekie-Tāmaki ward councillor Josephine Bartley said she remains opposed to the idea and said she thinks it will unduly affect people in areas like south Auckland.

“We still have people who come into the city to work – from security guards and cleaners to hospitality workers – and I don’t think those people come from Auckland’s wealthier suburbs,” Bartley said.

“It wouldn’t be fair on them and it could add an additional cost on them doing their jobs.”

She said she doesn’t travel into the city a lot, but congestion charging would be a barrier to people from out south going into the CBD.

“If our public transport system was on par with other countries, OK, but it’s not. It’s just not convenient enough,” Maxwell said.

She said despite the fact she’d be hit with a bill for driving to work in Parnell, she said congestion charging wouldn’t make her switch to public transport.

Manukau ward councillor Efeso Collins said while he hasn’t seen any details of what the government is planning, it’s vital that it designs the system well.

“The key consideration for me is whether congestion pricing can be done fairly, in a way that doesn’t penalise low-income communities unfairly, while also reducing congestion and emissions.”

He said examples from other cities, including Singapore, London and Stockholm show it can be done.

In May last year, Auckland councillors gave their conditional support for congestion charging in the supercity, but said there remained a number of issues that would need to be addressed before it could be introduced.

This included the need for better public transport services and, if costs allowed, the removal of the city’s regional fuel tax.

And a number of them stated their concerns about the impact it could have on people in lower socioeconomic areas like south Auckland, who could be hit harder by a toll on motorists during peak times.

Minister of Transport Michael Wood was approached for this story, but said he couldn’t comment until the Government’s Emissions Reduction Plan is released next week.