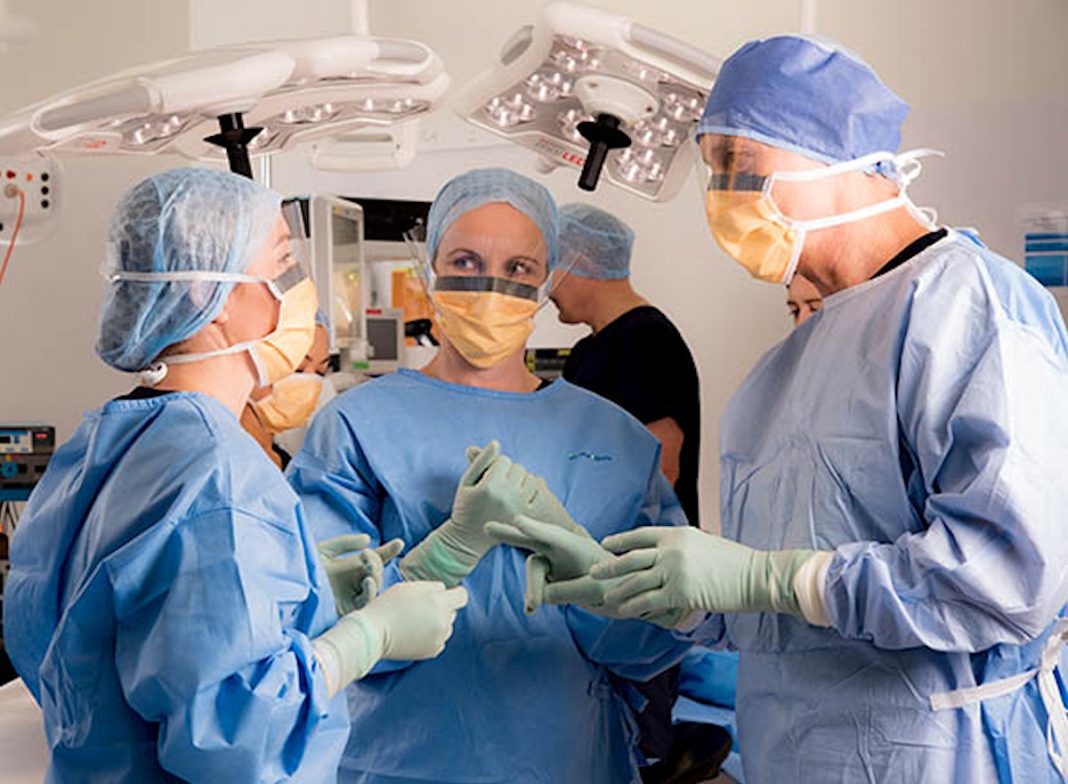 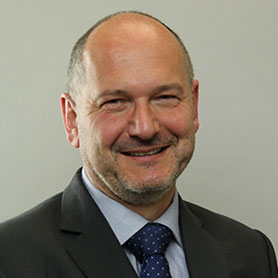 Tony Burton is a freelance writer, economist, policy analyst and researcher and former Deputy Chief Economic Advisor at the Treasury. He has also been an Economic Advisor to the UK Department of Health.

Last week POLITIK published coverage of Heather Simpson’s review of the Health system. As part of POLITIK’s ongoing committment to a diversity of views; this a critique of that review. Burton argues that Simpson’s report, rather than focussing on “health” has concentrated on Government as a cuckoo clock; “This second review is all about the cogs and levers of providing medical services”

Last week saw the release of the Final Report of the Health and Disability Review. It was produced by a panel the Minister of Health, David Clark asked to “investigate where the [New Zealand Health and Disability System] is not currently achieving this core equity goal, and understand the drivers of this (whether it be service delivery, or the broader social determinants of health).” The remit was clearly to think beyond traditional health services.

The review as a whole has some positives. The honest, detailed assessment of our health system in the Interim Report is a great example of the working group approach developed by former finance minister Bill English. The success of these groups depends on having a chair of the panel who can make use of expertise while managing the politics of ministerial sponsors, the egos on the panel and departmental vested interests. Heather Simpson has largely done that job well.

Bu the Interim and Final Reports read like they come from two parallel reviews. The Interim Report starts off mostly about health and what is needed to improve it. This People Before Providers review is closest in spirit to the terms of reference. Its message that “it is widely acknowledged [clinical and medical care] accounts for only about 20% of a person’s health and wellbeing status.”

A universal health service, however good, is unlikely to lead to a universally healthy population. The average non-Maori, non-Pacific New Zealander lives to their early 80s, while Pacific and Maori New Zealanders will only live to their mid-70s. No New Zealander should find that acceptable.

The emphasis of the People Before Providers review is community and the “need for flexibility to work across boundaries when defining what is local and regional, and a willingness to collaborate with iwi across DHB boundaries … including a focus on, and investment in, local leadership to deliver on local priorities”

This review can be damning about national provision, noting that the most recent attempt to give Maori communities more decision rights through Whanau Ora saw: “challenges [that] include a lack of understanding and buy-in from government agencies, services that often focus on whānau in crisis, and demand for support outstripping available resources. There are also challenges reaching rural and geographically isolated communities. Many mainstream providers opted out of their responsibilities of care, leaving them to be ‘picked up’ by Whānau Ora providers.”

But from this point in the Interim Report the People Before Providers review is increasingly replaced by the Government as Cuckoo Clock review. This second review is all about the cogs and levers of providing medical services. It starts with a diagram that is jarring after sixty pages explaining why health is mostly not about healthcare provision.

The tone is set by  a box headed “WORKFORCE CENTRED” at the middle of the top. The people, now shunted to the side, have a box subtitled the “way we look after people”. The people are now the object for ‘we’ the providers. The diagram is completed by a mechanically generated pattern of provider buzzwords.

Thus the diagram  kicks off a long discussion of Vote Health, almost all of which goes on the medical interventions we have just been told only influence 20% of our health outcome. No mention here of the welfare, or any other,  budget that might address non-medical factors.

Here also the tick-tock of “leadership” and “strength” begins. By the Final Report that has become the main beat, with both mentioned on average once every two to three pages. The People before Providers review is increasingly swamped so a chapter ostensibly about “Refocusing the system on people”  can in a couple of paragraphs go from

“The health and disability system is not the main factor in determining health outcomes… Improving the health and wellbeing of the population would not come from the efforts of any single organisation nor should it be driven primarily from within traditional health services…to: “However, there is also much that the health and disability system can do. … In terms of services, a population health approach emphasises prevention, the multiple determinants of health, health equity, intersectoral partnerships, and understanding needs and solutions through community outreach.”

Addressing needs is now a marginal shift in priorities for health providers. This is even worse in the following chapter on disability where token mentions are made of other government departments, but mentions of “the ministry” refer solely to the Ministry of Health even when discussing employment services, one of the main roles of Work and Income.

By the recommendations, the Final Report is only the Government as Cuckoo Clock review. The large cogs of the Ministry of Health and the new “Health NZ” drive the system through strength and leadership, while regional and local bodies are small cogs to be “managed directly” and “required”. In such a circumstance it is obvious that local democratic control is meaningless and it is duly abolished.

Of community and families? Their role is now to be “engaged” and “networked”. As a famous poet might have put it “Are they happy? The question is absurd / Had anything been wrong, we the providers should certainly have heard.”

A good starting point for what a People not Providers review might have recommended is to think about what it would look like if it worked. For instance, the school dental service. Though some may have unhappy memories of the “murder house”, it was extraordinarily successful in improving children’s dental health.

As a parent now, the service has become a brightly coloured bus that appears in my daughter’s school, kids getting check ups and referals, and my daughter becomes a little Nazi about the family having water not fizzy drinks. This is all as it should be. The different local providers, the school and the District Health Boards (DHBs), have done their job and all the rest of us see is a community preventive service.

Government in New Zealand is designed to cripple this kind of local cooperation. Where there is local decision making it is narrow in scope. Arrangements like the school dental service require each local area to set up a local body even though resource decisions are made at national level. In the case of the DHBs this has gone a step further, with elected board members a minority on the board. The Interim Report notes voter participation has fallen. The surprise is that so many people still bother to vote.

What few people seem to realise, and the Health and Disability Review simply ignored, is that each major government department has its own patchwork of regional offices, usually derived from New Zealand’s twelve historical provinces. Though within national departments, they are responsible for the quality of local services. These include:

Other examples include regional economic development, the Whanau Ora regions and Te Puni Kokiri’s local offices, while yet more departments have ad hoc arrangements. In other words, New Zealand already has a regional infrastructure for the spending that might tackle wider drivers for poor health. It has just been fragmented so the local cooperation required is hard to achieve.

Effectively the recommendations in the Health and Disability Review are designed to make the Ministry of Health more like the Ministry of Social Development, albeit with the equivalent of Work and Income having more operational independence. Scepticism the new organisation will reduce endemic health inequalities seems entirely reasonable.

What would an alternative be?

There is an infrastructure for regional elections, public servants dealing with local and regional issues and local representative bodies. Bringing them together would unambiguously be “a focus on, and investment in, local leadership to deliver on local priorities”. It is an interesting example of groupthink that the panel did not investigate it.

To give a sense of the potential, the graph below is the estimated amount spent per person in each region based on work commissioned from NZIER by MBIE and the Treasury in 2013. (This paper is on neither the Treasury nor MBIE websites. The communications staff at MBIE were very helpful when asked for a copy, but it seems the organisation prefers information on where tax payer’s money is spent be discreetly shielded away, rather in the way pornography used to be treated in video rental shops.)

If we believe, as the review panel undoubtedly does, that action to improve health and wellbeing should be community based and include non-medical services, then even in the poorest of regions there are far greater resources than just the health budget already available that local people could coordinate to improve health outcomes. Note also that very little of the higher spending in the Wellington region needs to happen in a country’s capital city. If there is additional capability in national government, it is an interesting question how much could be moved to regional centres?

I thought I could hear the whisper “low capability” from Wellington’s government district around Molesworth Street and The Terrace. In those streets it is a truth universally acknowledged that New Zealand is too small for real local government. Improving national cogs and levers is the only sensible option.

Yet in 1891, the year after New Zealand had elected a government that would introduce superannuation and be the first country in the world to expand the franchise to women, the New Zealand’s population was around 670 000. That is only a little larger than the current population of Canterbury. Even with a larger than average Auckland region, there could still be five to eight regions with populations similar to New Zealand when it was leading the world in creating the modern demcratic, welfare state.

The result would not be a cuckoo clock model of service delivery. Cogs would be replaced by informal ties, local knowledge and personal relationships. In other words it would depend on people being complex and part of a community to work. Now that would be an interesting way to be world leading again.

Government to take knife to DHBs