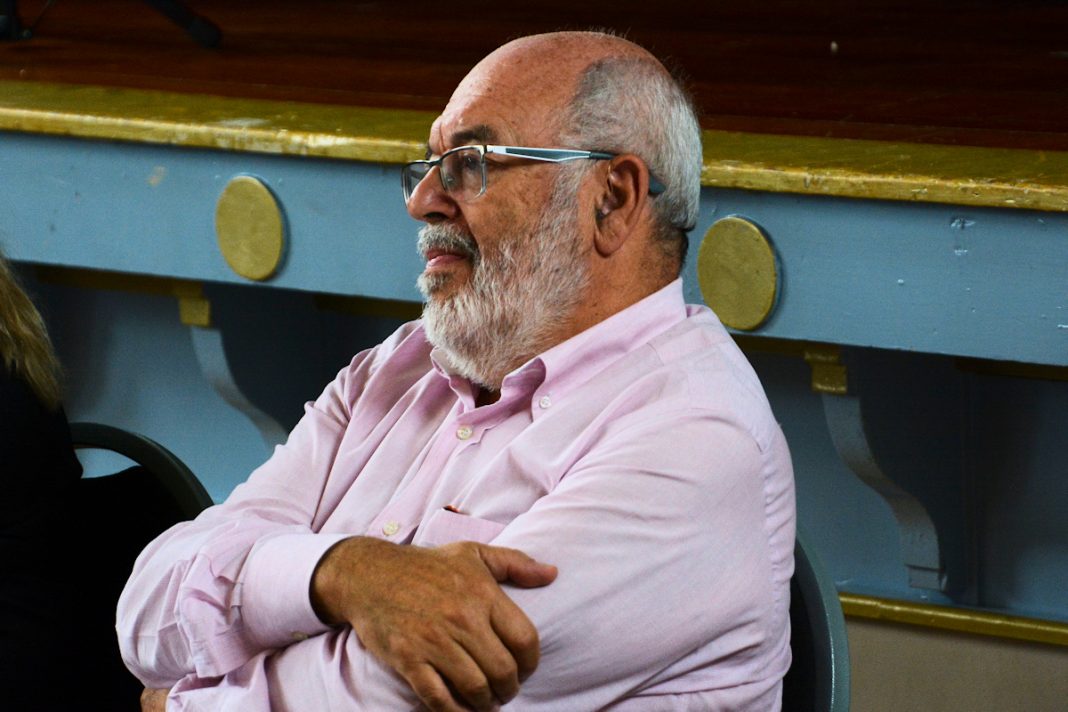 Former Labour Prime Minister Helen Clark will join the debate about whether to open the border.

Clark along with the former Prime Minister’s Chief Science Advisor, Sir Peter Gluckman, and the former CEO of Air New Zealand, Rob Fyfe, are the joint authors of a paper intended to start a discussion about opening the border.

Gluckman told POLITIK yesterday the intention was to avoid the danger of New Zealand talking itself into a fortress mentality.

He said the paper would be published “within a day or so.”

Its thinking follows on from work Gluckman has been doing at Koi Tu, the Centre for Informed Futures at the University of Auckland where he is the director.

That work focuses on how New Zealand could join with other like-minded small nations to use their influence to carve out a third-way in the increasingly confrontational space between the United States and China to develop “science diplomacy” to find solutions first to Covid-19, and then, to other major policy issues.

It is a call for New Zealand to take a global view; hence the interest in re-opening the border.

“We now need to be planning a strategy to avoid being in that fortress mentality,” Gluckman told POLITIK.

“We have to be part of the world.

“At some point when the caseload around the world gets lower, we’re going to have to open our borders and accept we’ll get the occasional case of community transmission.”

Gluckman says that at that point, we will need aggressive contact tracing; probably using electronic means.

“We’ve got caught in this business of thinking elimination means zero cases,” he said.

“Elimination means getting it down to the number of cases we  can manage in the way we manage tuberculosis or  measles, which means we have a few cases.”

Gluckman is a distinguished paediatrician within an international reputation for his medical research.

He believes that the Covid-19 crisis has thrown scientists together across international boundaries in a way that demonstrates the potential of science diplomacy to fill the space between the increasingly confrontational United States and China.

“Science is truly an international language,” he said.

“ And I think science has managed to transcend the boundaries in many ways better than the traditional diplomatic community.

“You see the scientists move very quickly to work together. Yes, there’s been some issues of nationalism.

“But I think you’ve seen the science community moved very quickly to work together, to share knowledge to try and work out what to do and to share ideas.

“ I think that’s shown and allowed a number of countries to work together in terms of vaccine development.

“We’ve seen that the public and private sectors and philanthropy come together around the science of Covid quite well.”

When he was Chief Science Advisor Gluckman set up a project to link together a number of “small advanced economies”; countries like Singapore, Israel, Finland, Denmark and Ireland, and, New Zealand..

As he sits back now and watches the increasingly confrontational clash between China and the United States and looks at how Covid-19 has raised the need for countries to come together to combat the virus he goes back to the concept of the small advanced economies.

His institute used the idea as a basis for a comprehensive review of New Zealand’s foreign policy that it published in May.

“Science has got caught in the geostrategic battle between China and the United States, in particular,” he said.

“You’ve seen the scientific debate about the origin of the virus; issues of controlling data and you’ve also seen science being used as a weapon.

“On one hand, I think science has moved much faster than the diplomatic community to collaborate on the battle.

“On the other hand science has been brought into some of the other battles that politicians are having.”

Gluckman believes that we can learn from the issues of strategic tension that characterised the cold war.

“Science was used in many ways to reduce the level of tension between the players.”

And he believes that will happen between China and the west over Covid.

Part of the reason for that will be a recognition that so much science is done by China and is high standard.

“So there is a deep relationship there which will undermine American capacity if they don’t maintain it.”

And he believes New Zealand can use science and culture to build relations with countries (like the small advanced ones) which may become more relevant for strategic alliances in the future.

In essence, Gluckman is arguing for a “third way” in which small countries could join together for mutual support as the two international goliaths, the US and China, confront each other with increasing antagonism.

“Australia, our partners clearly take the position which is quite aligned in some ways.

“I think that in that context, New Zealand’s interests would not just be geographical.

“That is the question of how do we work with countries like Singapore and then the Asian region will become how do countries that are on the edge of decision making protect our interests in this very unstable environment.

“So countries like Norway, Ireland and Israel, which we won’t align with on everything, but we align around, on keeping our interests, at protecting the interests of small countries in the world where the rules-based order is collapsing somewhat.”

Gluckman believes that the Covid-19 crisis is a classic example of what he is talking about.

But he worries that New Zealand does not have a science attache in Geneva, the home of the World Health Organisation.

We should be heavily engaged in those discussions,” he said.

“That’s the only way that our scientific debate and therefore our business community and our interests could be protected.

“We’re not at the table.

“I think New Zealand needs to recognise that it does have a real asset; we are well respected around the world.

“We’re not seen as a country with its own agenda upfront. unlike say Australia or the larger countries.

“Secondly, our internationalists have done a good job over many, many decades.

“We should be exploiting our ability to be seen as an honest broker in this game and look after our interests in doing so.”

What Gluckman wants us to do is to adopt an international mindset — not just on trade or international politics — but on everything; particularly Covid-19.

Ardern supporters turn on her

The tough questions are starting