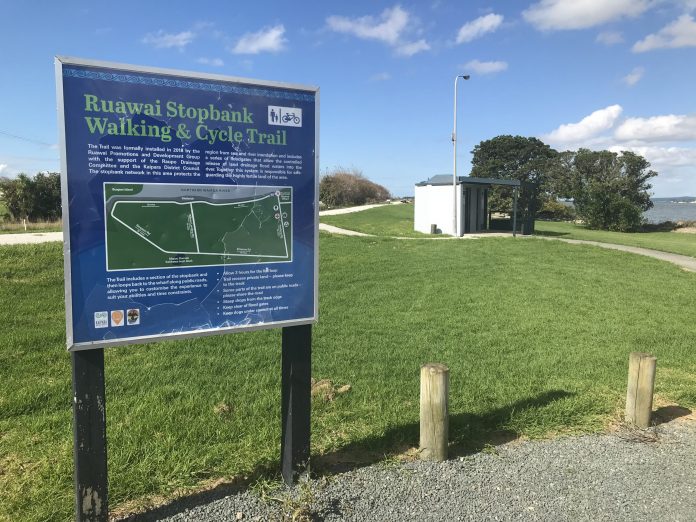 Northland is the first place in New Zealand to have a region-wide local government climate change adaptation strategy.

70 Northland towns and localities are projected to be significantly affected by coastal flooding, erosion and permanent inundation through sea level rise.
The Te Tai Tokerau Climate Adaptation Strategy was formally adopted by Whangārei District Council (WDC) and Kaipara District Council (KDC) last week. Far North District Council (FNDC) and Northland Regional Council (NRC) adopted the strategy earlier this month. WDC has already declared a climate emergency.
Northland joint climate change adaptation committee chair Amy Macdonald, said the strategy was an evolving living document, updated as new science – such as new sea level rise data released for New Zealand this week – comes to hand.
It underpins individual Northland councils’ mahi with 195,000 people across nearly 14,000 square kilometres and 3200 kilometres of coastline. “This strategy represents a first step by Northland councils towards a collaborative, region-wide response to the impacts of climate change. We are already living with the effects of a changing climate, and many communities in Te Tai Tokerau have been using their own resources and networks to develop plans to prepare and adapt,” Macdonald said.
About 70 Northland towns and localities are projected to be significantly affected by coastal flooding, erosion and permanent inundation through sea level rise over the next 100 years and beyond.
The strategy has grown out of collaborative inter-council work over several years by the region’s staff-level joint climate adaptation committee, and governance-level climate adaptation Te Tai Tokerau groups, working with hapū and iwi representatives. It can be viewed at www.catt.org.nz
Macdonald said the next steps would be Northland councils applying it to their respective climate change adaptation work, some of which had already started. One key consideration was who might pay for climate adaptation work across the region. The strategy, demonstrating a joined-up local government approach would help address this via councils’ Long Term Plan budgeting. It was also strategically important for government funding towards climate adaptation.
Key adaptation issues, responses and opportunities have been considered by the strategy after climate change risks raised by iwi and hapū, local government politicians, council staff and the community.
It provides a local framework to deal with already-existing concerns expected to amplify into the future. It includes a councils’ action plan with 46 priority actions and supporting technical information.
“Through this strategy, Northland councils and tangata whenua are building on these [community] plans, seeking integration and alignment across the region, and working to create meaningful partnerships to help us all adapt together,” Macdonald said.
“What do our communities need to effectively adapt to the impacts of our changing climate? What can councils do to support local initiatives? Where are the areas … most at risk, who are the most vulnerable? What information should we be guided by and what flow-on effects should we be planning for?
“This strategy is the foundation that sets out our commitment to taking action, to aligning with our communities, to listening, understanding, and working together. We expect the strategy will evolve and actions will change as this adaptation kaupapa progresses and our understanding grows, “ Macdonald said.
“How does the climate change kaupapa fit with tangata whenua whakaaro, and how can councils integrate and honour that whakaaro in future planning cycles? These questions need to be carefully worked through; bringing representatives from Northland councils and tangata whenua to the same table to develop this strategy has been an important first step.”
The strategy highlighted flooding, coastal erosion, storm surge and regular tidal inundation may disproportionately affect Māori communities. It said many Māori communities, particularly in the Far North, are on coastal floodplains with several marae projected to be impacted by coastal hazards. Farming communities are also predicted to be highly impacted due to large areas of agricultural and horticultural land being in low-lying coastal flood areas.
A Te Ao Māori climate change decision making framework is being developed.
“There are likely to be impacts on cultural infrastructure such as marae and urupā, places for food gathering such as mahinga mataitai and places of cultural significance such as wāhi tapu and archaeological sites,” the report said.
“Hapū report that the realms of ngā Atua are degraded, the mauri has been destroved and there is potential for detrimental environmental, cultural and social effects,” the strategy said.
Currently, local government decision-making does not give sufficient voice to the specific needs of tanga whenua.”
Northland joint climate change adaptation committee Te Tai Tokerau deputy chair Delaraine Armstrong (Te Orewai hapū of Ngāti Hine) said the beginning of this work in Tai Tokerau was reflective of willingness to address inequities between tangata whenu and prevailing world views. Far more resource was needed to build capability and capacity with tangata whenua, communities and workforces.
“The rhetoric of tangata whenua involvement must be genuinely enabled and supported. However, this responsibility doesn’t sit only with non-Māori. Tangata whenua must step into the space we demand, and provide clear advice and structural options for a new framework to work with councils,” Armstrong said.
Council infrastructure impacts are also referenced. Roading networks, in areas such as Hokianga, that are located on the edges of estuaries, are projected to be affected by sea level rise.
Higher tidal boundaries mean river flooding impact is amplified, with more days where roads are impassable in areas such as Panguru and Punaruku, where this is already happening.
The New Zealand first strategy’s recent WDC adoption vote was 8-6, KDC’s vote saw seven of the council’s nine councillors present also vote 6-1 in favour of its adoption. It was adopted unanimously by FNDC and NRC.