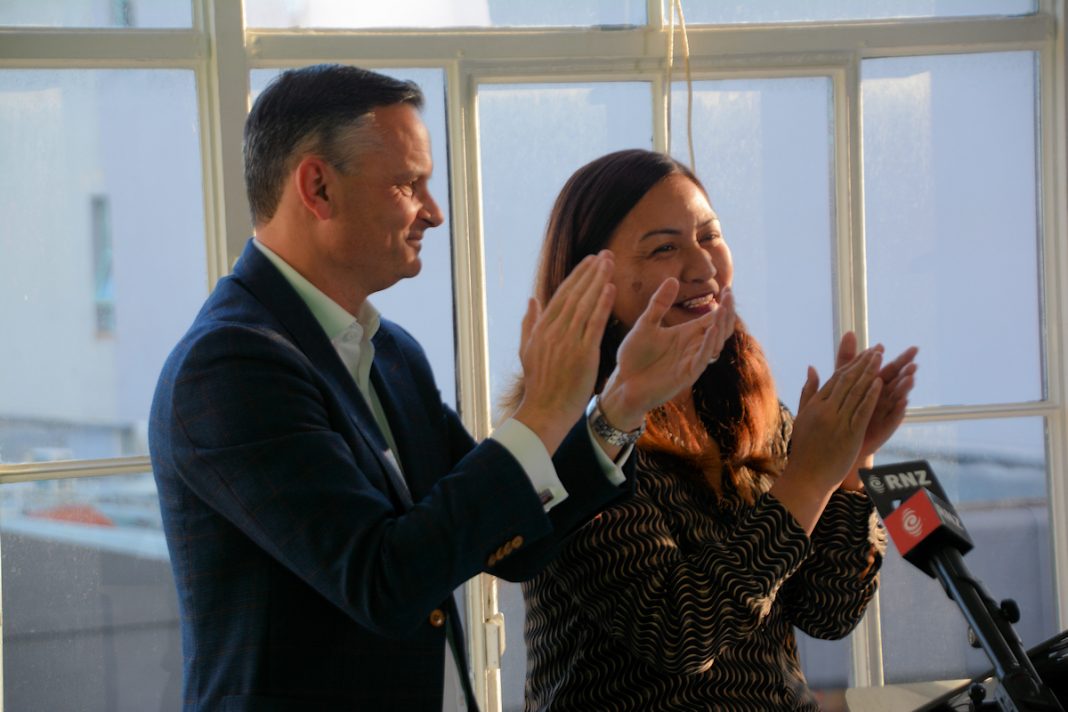 The Prime Minister is set to declare a climate change emergency today, but she has already conceded that New Zealand is unlikely to meet its commitment to reduce to a net-zero physical greenhouse gas emissions by 2050.

And Climate Change Minister James Shaw says to meet our carbon dioxide reduction target will mean a halving of our current emissions.

He is warning that on our current trajectory, we are in danger of falling behind even the industrialised members of the G7.

Asked if it was possible to achieve the target purely by emission reductions Ardern said “no one has even taken off the table the need for international credits. “

Agriculture is so far the only sector to have a specific target.

Biogenic gases like methane are expected to reduce by 10 per cent by 2030.

But Climate Change Minister, James Shaw, in answer to a written Parliamentary question, has said that “a reduction of all other gases of 52% relative to 2005 levels (after accounting for projected forestry removals) will be necessary to reach the Nationally Determined Carbon Budget over the period 2021 to 2030.”

In other words, even taking into account the savings from the one billion trees, the economy would be expected to sustain a halving of fossil fuel usage over the next nine years.

The Climate Commission will produce its first Carbon budgets early next year, which will set out the annual savings that will be required to meet the target.

On Monday the Prime Minister did not shy away from the size of the challenge.

Media: “Does that mean, therefore, that we need to really step up quite dramatically the savings that we’re making, particularly with CO2?”

Ardern: “I think that’s been a common theme.”

There is graphic evidence of the impact of reductions on the scale New Zealand has undertaken to make under the Paris Agreement in this week’s Ministry of Transport document on congestion charging in Auckland. The figures show the composition of greenhouse gas emissions in the Auckland Council region and reinforce the dominant role of road transport.

New Zealand’s target under the Paris Agreement is to reduce greenhouse gas emissions by 30 per cent below 2005 gross emissions for the period 2021-2030 which is equivalent to an 11 per cent reduction since 1990.

But data provided by Statistics NZ last year shows that in 2018 only the electricity generating sector was likely to meet the target.

Speaking yesterday in Parliament about the low carbon economy, Finance Minister Grant Robertson did not address the question of the transport sector.

“We can bring forward the 100 per cent renewable electricity target for 2030,” he said.

“We will get those dry air storage options, such as pumped hydro, up.

“We will get green hydrogen going.

“On this side of the House, it’s not some kind of “or” when it comes to the environment and the economy; it’s an “and”.

“We only get a strong economy if we have a sustainable environment, and we will address those issues.”

And also speaking in the same Address in Reply debate, Climate Change Minister James Shaw warned that New Zealand was in danger of slipping behind the G countries which now all had a target in place to be net-zero in all emissions—including biogenic methane—by  2050.

He said this was further than the New Zealand Parliament had been prepared to go when it passed the Zero Carbon Act last year.

“So the landscape is shifting hugely, and there is a risk that where we were leading a couple of years ago, we may now be falling behind,” he said.

He promised to talk more about this today.

“It is important that these targets aren’t just empty language and that they’ve got to be backed up with solid action, and that is true of us here in Aotearoa as well,” he said.

“So whilst, in the last term of Parliament, we are very proud of the work that we did collectively as a House, across the aisle, to ensure that we have a long-term strategy, that we have goals and targets and an institutional framework, we have to make sure that this is the term when we bend the curve on our emissions downwards.

“We’ve got to get our transport emissions under control, our agricultural emissions, our industrial heat emissions, and the technologies and the approaches are there for us to do it.”

The question will now be whether a Government as cautious as the current labour Government is ready to tackle the carbon dioxide emission challenge head-on with all the economic and social implications that will involve.

Vaccine mandates by another name

Ardern supporters turn on her

The trade offs ahead