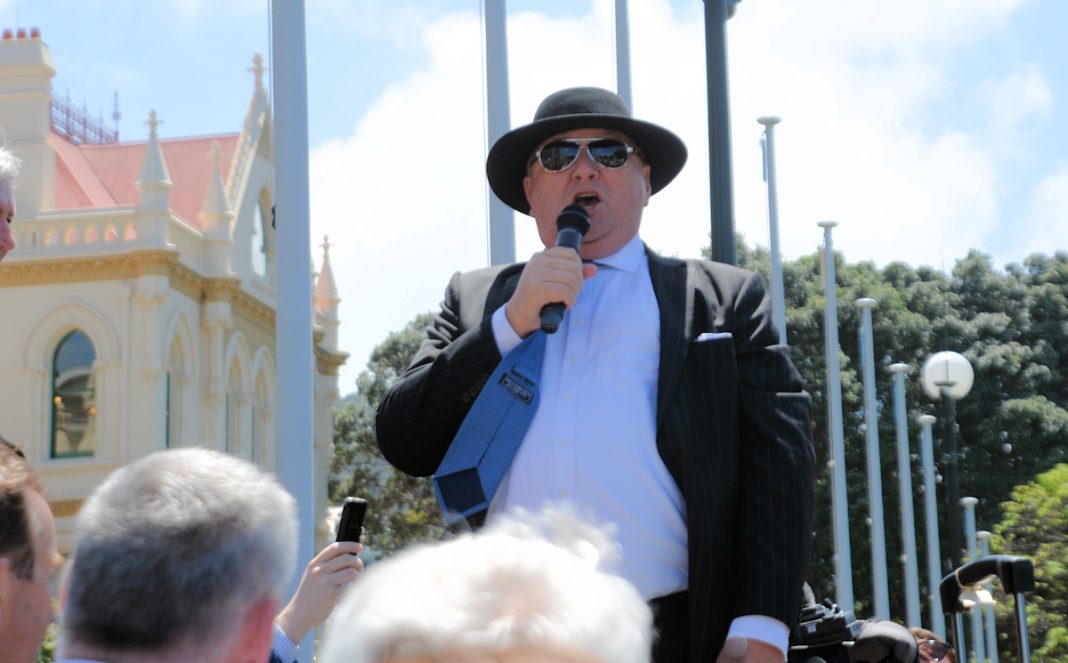 Intense lobbying by agriculture groups and the opposition of NZ First has forced Environment Minister David Parker to back off some of his tough freshwater cleanup proposals.

Parker is expected to release the National Policy Standard on freshwater tomorrow.

The backoff will be a blow to the Greens whop have long campaigned for tougher pollution limits for waterways.

But POLITIK understands NZ First played hardball, and after Shane Jones met with agriculture organisations and became convinced his party was in danger of losing vital rural and provincial votes if it supported Parker’s proposals, Parker pulled back.

This is likely to see a pullback from earlier proposals called “Essential Freshwater”  that would set nitrogen limits for waterways that Dairy NZ said could see total milk production by 2050 fall by 24 per cent and all national exports by 5.2 per cent or $8.1 billion.

The limits for dissolved nitrogen were the subject of disagreement between scientists on a Scientific and Technical Advisory Group  (STAG) set up by Parker to advise on the freshwater cleanup.

POLITIK understands that Parker will ask the STAG group to think again on the controversial nitrogen limits and is likely to give them another year to reach agreement on a figure.

Some of the country’s most hardline freshwater advocates like Mike Joy from Victoria University of Wellington made up a majority on the STAG who proposed that the nitrogen limit be reduced from its current 6.9 milligrams per litre to 1 milligram.

Such a reduction was likely to have a devastating impact in major dairying districts such as parts of the Waikato, Southland and, in particular, Canterbury.

(In some parts of the Canterbury plains the current dissolved nitrogen figure is greater than 10 mg/L, at least ten times the proposed new figure).

DairyNZ has proposed that a more reasonable figure would be 3.8mg/L.

The only way to reduce dissolved nitrogen to the limits proposed by the STAG would be to reduce the number of cows grazing on the nitrogen boosted pastures.

But the 1mg/L limit was opposed by five of the 16 scientists who made up the STAG — the so-called “Cautious Five” included two NIWA scientists and the scientific representative of the Ministry for the Environment.

Documents released under the Official Information Act outlined their concerns.

In a joint statement, the five said they lacked confidence in the nitrogen numbers that were being proposed.

In part, that was because they said some necessary detail was missing from the logic steps which had been used to derive the numbers.

Given the scientific credentials of the “Cautious Five,” it seems that Parker has decided to ask the STAG to reconsider their recommendations and over the next year reach agreement on what the dissolved nitrogen number should be.

The issue has been a rallying cry which has led to large farmer meetings opposing the proposals.

NZ First was quick to subtly support those protests.

Shane Jones told a private real estate meeting in Whangarei in August that the proposals could see many dairy farmers struggling to break even if they had to meet the proposed nitrogen limits.

Mark Patterson attended one of the protest meetings in Dunedin in September and said: “We must work through the details and, yes, we must look at the implications for our rural communities, and we will.”

By last December, Parker was hinting that there might be changes to the nitrogen limit.

Speaking to a DairyNZ dinner, he said that the Ministry for the Environment had received 18,000 submissions of which 3500 were individual submissions rather than form-letters on the freshwater proposals.

“One of the issues that Jim van der Poel (DairyNZ chair) has raised with me and it’s been raised by others is how we’re going to get our head around the enormous variety of views around dissolved inorganic nitrogen, and we are obviously giving thought to that as to how we address that,” Parker said.

That would seem to the origin of the solution which will be unveiled on Thursday and which has satisfied NZ First.

But it is a risky political move for Parker.

During the 2017 election campaign, Prime Minister Jacinda Ardern said  Labour would charge an unspecified royalty for commercial water and use the money to clean up rivers, lakes and streams.

“Labour’s view is that we all have to come together to clean up our rivers and lakes for future generations,” he said in August 2017.

“That is why we are committed to a genuine swimmable water standard and a clean water royalty, which will assist regional councils in achieving it.

“We will work with water bottlers, farmers, NGOs, Maori, and the Treasury to establish a fair, clean water royalty.

“It will be fair and proportionate, allowing for differences between regions, quality, and uses.”

But Parker, who is also Trade Minister, found once in office that charging royalties on only exported water was not possible under international trade agreements and raised real issues with Maori about water rights.

He has maintained that a solution is possible but time is running out.

A matter of taste

Getting Council planners out of the way with the new RMA

Questions about Jones’ “fund within a fund”