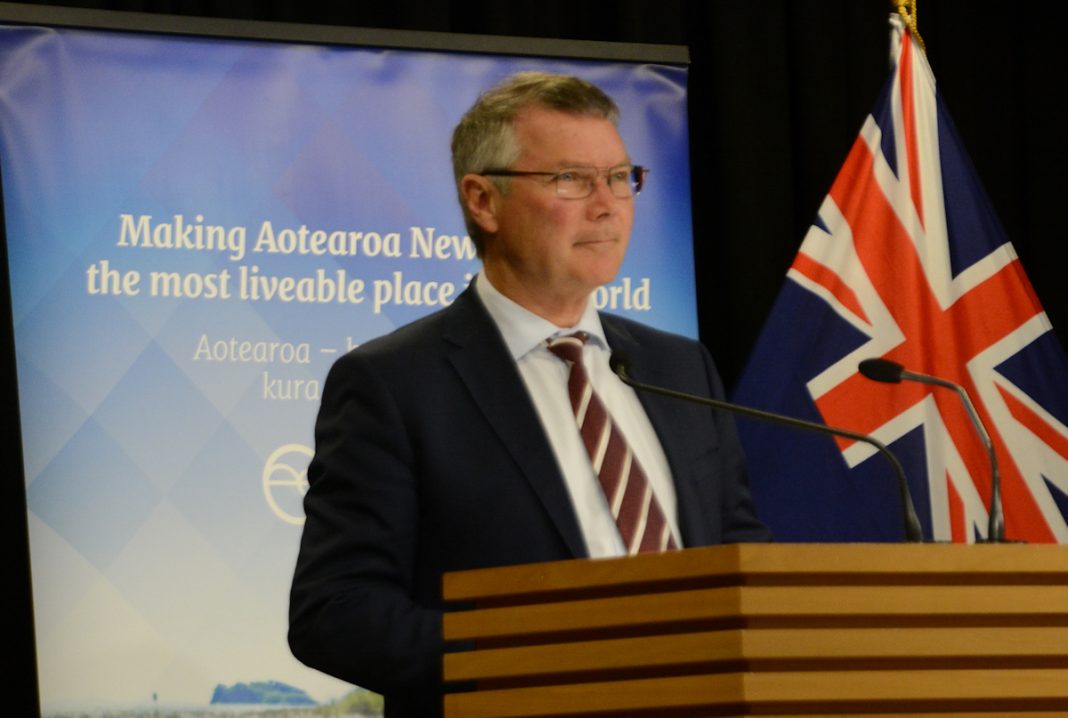 Environment Minister David Parker has yet to seal the deal to get the numbers to pass his fast track RMA changes through Parliament.

Any delays to the legislation will threaten the start of the $3 billion of “shovel ready” projects which are due to start next month and on which the Government is resting many of its hopes of absorbing the expected additional 150,000 unemployed.

What is holding things up appears to be jostling between the Greens and NZ First.

But Parker is also having to dampen down problems with his substantial RMA Amendment Bill which came out of a Select Committee with some surprising changes.

The changes would allow local government to take climate change into account when considering planning applications.

Thus it might conceivably be impossible to get planning consent for a service station.

The change is all the more surprising given that Parker had assured Parliament last year it would not happen within the Amendment Bill.

He told  POLITIK last week that he now intends to issue a National Policy Statement which would lie over the top of the Amendment Bill and which would delineate what powers local Government had to consider climate change.

But Parker not only has that Amendment Bill before Parliament he also has another piece of legislation in the pipeline; the fastrack planning bill which would allow planning consents for Shane Jones’ “shovel ready” projects to bypass the planning process altogether and be heard by a three-person panel chaired by an Environment Court Judge.

The Greens have been wary of this proposal, but co-leader James Shaw told POLITIK they had put forward a substantial number of amendments to Parker and he had accepted most of them.

“So we got the proposal for the fast track bill from the government partners, and we negotiated a very long list of modifications to that,” he said.

“And so on the basis of the modifications that we had won, we said we were able to support it through to the Select Committee.

“So we got the proposal for the fast track bill from the government partners, and we negotiated a very long list of modifications to that,” he told POLITIK.

“ And so on the basis of the modifications that we had won, we said we were able to support the Bill through to the Select Committee.”

Those modifications are not public because the Government has yet to produce the Bill.

But Shaw is indicating that there continuing support beyond the Select Committee is not a given. n.

“ We’ve still got concerns with a central point which is how does the public have a say in the process,” he said.

“And that’s the one thing that we are hoping will emerge through the select committee process.”

Shaw said the Greens had also strengthened safeguards in the Bill to prevent the new process conflicting with Maori over land and treaty settlements.

NZ First’s reaction to this is so far unknown because they too have not seen the Bill.

But Infrastructure Minister Shane Jones has been a strong advocate of speeding the planning process up to allow his $3 billion of Covid-19 infrastructure funding start work.

Crown Infrastructure Partners will hold its first meeting his Friday to evaluate the over $100 billion of proposals received for the funding.

“A lot of the projects are already on the books,” Infrastructure Minister Shane Jones said at a BuisinessNZ webinar on Monday.

“This is an opportunity to bring them forward and ensure that they are not unhinged from commerce, but not so bloody bogged down in bureaucracy and red tape that they never live to see the entrance out of the tunnel.

But I put it to you, if we’re going to get up to two hundred and fifty thousand Kiwis out of jobs then I’d cut down a thousand hectares of mangrove trees tomorrow if that gave a couple of hundred jobs to my nephs.”

That is the immediate problem with the RMA, but at the same time Parker has sponsored an Amendment Bill which he described in a Cabinet paper in October 2018, as   “a narrowly focused bill to amend the RMA, as a first step towards a more comprehensive review.”

Since then there has been a period of public consultation and a Select Committee hearing on the Bill.

Parker had proposed a two-stage process of reform. First the “narrowly focussed  Bill and then Stage Two, which is a comprehensive reform which is currently awaiting a report from a committee chaired by Judge Tony Randerson.

In the 2018 Cabinet paper, Parker said Randerson’s review would include how the RMA dealt with climate change.

Thus a local authority cannot decline a consent to build a petrol station (for example) on the grounds that it is promoting the use of fossil fuels.

Parker was asked in Parliament last year by Greens MP, Gareth Hughes, whether he favoured removing the prohibition on local Government taking climate change into account.

He said he wasn’t.

Hughes then asked whether it was correct that an application for an open-cast coal mine or oil well, the consent decision-makers could consider the traffic effects of transporting the coal or even the dust from the trucks building the facility but not the global warming impacts of burning the fossil fuels itself?

“Yes, it is, but I would note that there are pro-renewables biases in the RMA already that make it easier to get a renewables consent,” he said.

So it was clear that Parker was not in favour of removing the prohibition from his amendment bill.

Hughes then promised that the Greens would “ be working hard to persuade our partners in parliament to redress this damaging, historical flaw in our environmental law.”

That has now happened with the Bill emerging from the Environment Committee with the prohibition removed.

Parker has responded to this by announcing that he will promulgate a National Policy Standard on greenhouse gas emissions which will sit above the Bill and effectively, supersede it.

He told POLITIK  that the Zero Carbon Act had changed things and he did have the power to call in major applications (like a coal mine, for example) and direct that climate change be considered when granting their consent.

But on other, smaller matters, he was proposing to issue a National Policy Statement which would set out what local Government could consider.

“We’ve made a commitment, and we have a funding commitment to do that,” he said.

What all this goes to show is that as each day passes, it seems the RMA becomes more complex and more convoluted. The case for Parker’s Stage Two fundamental reform is long overdue.

Shaw and the fragile international politics of climate change

A matter of taste

Getting Council planners out of the way with the new RMA