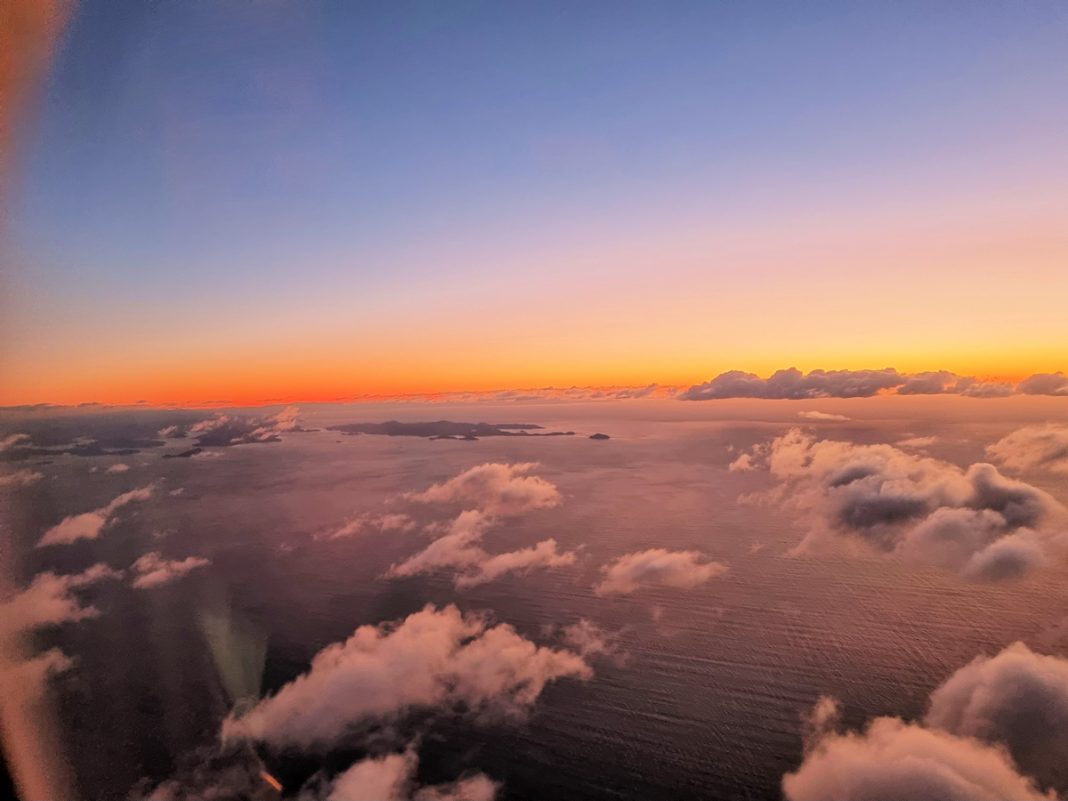 Climate Change Minister James Shaw is heading off to the  COP26 conference in Glasgow, knowing that New Zealand has lost a considerable chunk of credibility on climate change.

That must reduce his clout at the conference, which as always will be critical for the New Zealand economy, particularly the rural and transport sectors.

Figures released by the Government in April showed that between 1990 and 2019, total greenhouse gas emissions increased by 26.4 per cent.

The figure is contained within the “Greenhouse Gas Inventory” published by the Ministry for the Environment.

The increase makes a mockery of New Zealand’s greenhouse gas reduction targets and means the country has missed every gross emissions reduction target set by the previous Government by massive amounts.

In 2015 the figure was adjusted again, this time by extending the deadline out and proposing a reduction of 11 per cent by 2030. That would require a 30 per cent reduction in emissions from 2019.

New Zealand can reach its targets only by “importing” carbon credits or increasing afforestation.

With the ETS price currently sitting around $65, that is happening.

But the big deal, cutting our emissions, is not.

“The countries that actually are able to be listened to the most are the ones that have a track record of actually reducing their emissions,” Shaw told POLITIK yesterday.

However, he said New Zealand had done some thing which were respected such as putting a limit of 1.5 degrees of global warming into legislation.

But a molecule of methane lasts in the atmosphere for only nine years in contrast to a molecule of carbon dioxide which lasts for between 300 and 1000 years.

Research published in a Royal Society paper on Monday showed that each effective petagram of methane removed from the atmosphere caused a mean global surface temperature reduction of 0.21 degrees.

Therefore reducing methane in the atmosphere by 40% could reduce warming by 0.4 ˚C by 2050.

Cutting methane is the strongest action available to slow global heating in the near term, Inger Andersen, the UN’s environment chief, said in May.

If adopted around the world, this would reduce global heating by 0.2C by the 2040s, compared with likely temperature rises by then.

Most methane around the world comes from fossil fuel extraction, but in New Zealand, it comes from pastoral farming, particularly dairying.

Thus any international pressure to reduce methane has huge implications for the New Zealand economy.

Shaw told POLITIK that New Zealand’s proposed methane reductions as outlined in the Zero Carbon Act were in line with what the Inter-Governmental Panel on Climate Change asked for in 20’18 when it called for warming to be limited to 1.5 degrees.

There has been ongoing concern that the United Kingdom may be seeking greater methane reductions from New Zealand and that that issue is flowing over into the current talks about a UK-NZ Free Trade Agreement.

Asked by Stuff about this last year, the British High Commissioner in Wellington said Britain had legislated for net-zero emissions for all emissions, and New Zealand had its Zero Carbon Act with a [different target] for methane.

“That’s something we talk about and are very interested in,” she said.

Shaw, however, is unphased.

He told POLITIK that New Zealand’s overall methane reduction plan (24 – 47 per cent by 2050) was in line with the Inter-Governmental Panel on Climate Change’s call for a 1.5-degree reduction in global warming by 2050.

“We haven’t quite worked through yet what the implications of this most recent report (calling for a 30 per cent reduction by 2030) may be,” he said.

“I think where we’re actually on ok ground when it comes to that, we’re also one of the only countries that’s developing a measurement and pricing system for agricultural methane, and so it becomes a lot easier to stand by your words on that one when you when you’re actually doing something about it.”

“Other countries have got targets, but they don’t have much of a plan.”

Nevertheless, there have been persistent suggestions that the British, in particular, have been critical of New Zealand splitting the two greenhouse gases, carbon dioxide and methane, and using different approaches for each to get reductions in them.

The implication in that criticism is that agriculture is getting a soft ride.

“It’s really important here that we distinguish between our domestic emissions budgets, which do separate out the gases based on the effect that they have on the temperature versus our nationally determined contributions under the Paris agreement, where we don’t distinguish between them,” he said.

“And so when we make our Nationally Determined Contributions commitment (what reductions each country is proposing)  that it is expressed as an all gases economy-wide target even if domestically we then break it down.”

The United Nations Climate Change Conference (COP26) opens on November 1, and between now and then, the Cabinet will need to update New Zealand’s Nationally Determined Contributions.

The requirement to do that comes in the middle of the work programme to develop the country’s first Emissions Reduction Plan, which will be the Government’s response to the Climate Change Commission’s recommendations from earlier in the year. The Plan is required by December 31.

Shaw said this would involve some public consultation.

“We’re going to go to a round of public consultation soon on some aspects of our emissions reduction plan; not the whole thing, but some of the critical components to it, particularly areas where we’ve had new policy ideas put on the table that hasn’t had much of an airing in public before or things that may be seen as controversial,” he said.

“But the idea is that that that will then inform final decisions which go into the emissions reduction plan, which will be published sometime around the budget next year.”

Shaw’s trip to COP26 has become embroiled in petty party politics with National refusing to send an MP with him as Labour did when National was in Government.

The aim of the Government and previous National leaders has been to make climate change policy bipartisan.

National’s Climate Change spokesperson, Stuart Smith, said he would not go because he didn’t want to take up a Managed Isolation and Quarantine space.

But Shaw suspects a darker motive; that under Judith Collins and with Smith as spokesperson, National is abandoning the bipartisan approach.

“When you look at the tone of his written questions, for example, you know, it’s very much around trying to undermine the whole framework rather than to sort or test whether or not we’re effective,” he said.

“And as I’ve said, to kind of business audiences, who obviously have a strong interest in a stable policy environment between governments that they (National) have clearly gone many rungs backwards and in recent times.

“And we just need to wait until they come out the other side because they’re clearly in a very strange space right now.”

COP26 is a critical conference as far as New Zealand is concerned. It has the ability to massively impact our economy and our overseas trade relations.

Shaw knows that he is going to have to come back to a Government determined to make real reductions in emissions.

If Covid subsides next year, this will become the next overpowering political issue.

We have missed every emissions target so far

National’s nod to the anti-vaxers

“No jab no job” option coming for employers