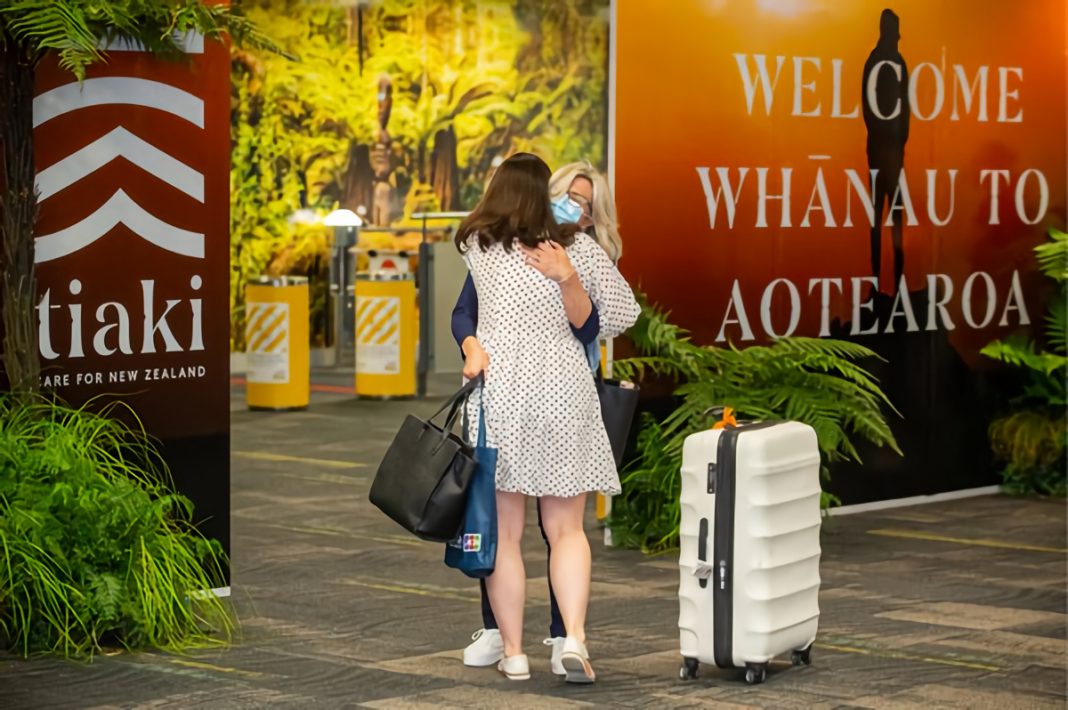 Prime Minister Jacinda Ardern says the self-isolation trial announced yesterday for business people returning from overseas will likely become universal for all travellers in the first quarter of next year.

But the trial appears to lack the urgency of a similar trial being undertaken in New South Wales.

Deputy Premier John Barilaro two weeks ago said the state was  “absolutely on target” to open international borders by Christmas.

The isolation period could be as short as seven days and would likely be done from the comfort of a returning traveller’s home.

“There’s a range of options in front of us that we’re finalising,” he said.

Ardern used her Covid media conference yesterday  to outline the details of the self-isolation trial (which was originally unveiled on August 12.

“Those in the pilot must be New Zealand citizens and residents, and they must, of course, be fully vaccinated,” she said.

Those interested in applying will need to arrive in New Zealand from October 30 until December 8, with final travellers leaving self-isolation by December 22.

“The reason we are focused on work-related travel is because of the extra layer of protection that having an employer with some skin in the game provides,” said Ardern.

She said it was not the Government’s intention that self-isolation be available to only business travellers in the future.

“While this is a pilot, it gives you a sense of where we intend to go on our borders with a wider range of options for safe return to help ease pressure in our immigration system in the future,” she said.

“At the same time, we’re working on building a greater evidence base for shorter periods of isolation in the future, as well as our expectation that further down the track, it may not be necessary for everyone to have to isolate for a full 14 days.

“All of this, as I say, will make a difference to the bottlenecks that have been experienced with our very tight border requirements that have helped keep us safe and keep our domestic restrictions low for so long.”

The Government is taking flak over the MIQ bottlenecks with a barrage of criticism from business and over 21,000 signatures on a petition urging the Government to change MIQ, to create an equitable booking system, to increase capacity, and consider alternatives to the 14-day MIQ requirement for vaccinated returnees.

The Ministry of Business Innovation and Employment will hold another voucher “lottery” today for 3000 rooms. Last Monday’s first lottery saw 3205 rooms snapped up in two and a half hours by 5364 of the 31 800 who applied.

The Joint Head of managed Isolation and Quarantine, Megan Main, said last week that the new “virtual lobby” voucher allocation system was not a silver bullet.

“It will not fix the issue of supply and demand,” she said.

“There are still only a limited number of rooms available during the room release, which means that given the current demand for rooms, there will still be people who miss out.”

Ardern rejected those comments, but there was possibly a more sobering critique of her leadership last night in a One News Colmar Brunton poll.

Last year her rating as preferred Prime Ministerpeaked at 63 per cent and fell only to 54 per cent.

In a revealing weekend column, her former Chief of Staff, Mike Munro, demonstrated how critical her 1.00 p.m. Beehive Covid briefings are to her popularity.

“The fact that massive audiences are tuning in to the daily briefings, and seeing Ardern and her lieutenants handle the crisis so adeptly, will be adding to the despair of a battered National Party,” he wrote.

He is right about the National Party.

It emerged from last night’s Colmar Brunton poll down three per cent to 26 per cent and its leader on five per cent as preferred Prime Minister.

Ironically, in May last year, Simon Bridges was rolled by Todd Muller as National leader a day after Colmar Brunton has reported the party’s support at 29 per cent and Bridges’ preferred Prime Minister rating at five per cent.

Polling was given by many caucus members as a major reason for their vote to dump Bridges.

But now he is back in the frame with a moral case, at least, to replace Collins on the basis of last night’s polling numbers.

However, he rated only two per cent as preferred PM while Christopher Luxon rated at three per cent.

Luxon has the backing of Sir John Key, and some see Key’s intervention at the weekend as an attempt to soften support for Collins in favour of Luxon.

But Bridges also has powerful supporters and is believed to be getting advice from at least one senior member of Key’s Cabinet.

Regardless, it would seem difficult for the National caucus to meet together before October 19.

Parliament rises this Thursday for a three-week recess, and even then, when that is over, Auckland will need to be at least at level two to allow MPs to travel to Wellington for a caucus meeting.

National is promising to release its own Covid exit strategy this week.

Collins must now hope that Key has not trumped it or that Ardern’s promise of a more relaxed border next year doesn’t also trump it.

Vaccine mandates by another name